The Amesbury Archer is an enigma. His grave and skeleton was found during the construction of housing and a school in 2002 in Amesbury, Wiltshire. Because nobody had identified this spot as an archaeological site, it was a complete surprise. Everything tangible has been removed and the grave has disappeared under the new school and housing estate.

Consequently, when you visit the site you can still still utilise the brain, what they call cognitive archaeology. You would need to imagine why he was here from what we can see today. There is a footpath down the slope towards the River Avon, the principal highway in those days. We know where the avenue left the river and he will have walked this to Stonehenge. The grave is on a hill and from there it may have been possible to actually see Stonehenge. Now, the view is obscured by buildings and woodland. Did the archer and his companions camp on this spot because it was just off the river and they could see Stonehenge? Because they camped here, when he died perhaps they just buried him close by?

The archer’s grave is perhaps the richest ever found from the end of the Neolithic or Early Bronze Age, with nearly 100 items, some in copper and gold. His skeleton and grave goods now lie in state in Salisbury Museum in precisely the same pattern as they were interred. That word interred is significant because bodies were not buried in those times; his was an entirely new ritual. Even where remains were interred, this was usually after they had been cremated. Few of those remains had artifacts with them, and because they were cremated it suggests that they were the local elite. The common people were not given the wood pyre and the phenomenal amount of work this entailed. The Amesbury Archer believed in a new afterworld and, therefore, he needed to take his tools and weapons with him.

Why was he here?

What remains is the enigma: why was he here, that is at Stonehenge? My forthcoming book My Pagan Ancestor Zuri tries to answer that question. He had a serious abcess in the jaw as well as a leg injury. Did he see Stonehenge as a healing centre and travel here for that reason? Or, as a skilled artisan, had he heard about the farmers in Avonlands as potentially prosperous; that they could barter for his range of exceptional metal and leather products? We can anticipate that he and his kin, all immigrants, were prospecting for a new way of life. The Amesbury Archer is an absolutely fascinating character and a star at Salisbury Museum. 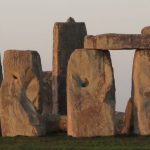 Christchurch as the Gateway to StonehengeNeolithic 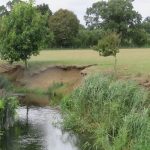 The Dorset Stickler and PrehistoryNeolithic