BCP As The Neolithic Coast

By Ken West
Posted January 14, 2020
In Neolithic, Social Life
BCP As The Neolithic Coast2020-01-142020-03-10https://stonehengepensioner.com/wp-content/uploads/2021/06/new2-passero-logo-derbyshiretagline-931x350-1.pngStonehenge Pensionerhttps://stonehengepensioner.com/wp-content/uploads/2019/12/img_3496.jpg200px200px
0
As you drive towards Christchurch, a sign for Dorset states, ‘Home of the Jurassic Coast. It’s miles away, that coast, so what about our seaside retreat? Consequently, I am currently writing to all the councillors in my area. It’s quite a bunch, 76 now we encompass Bournemouth, Christchurch and Poole, or BCP for short. The nub of my proposal is whether we can promote BCP as THE NEOLITHIC COAST.

One thing the new council has done is to bring together the lower River Avon and Stour together with Hengistbury Head and Poole. This area was the powerhouse of Britain long before the Romans called us Britannia. There were no towns, of course, rather than clusters of huts here and there. I often highlight Christchurch as the gateway to Stonehenge. Now Christchurch is part of BCP this needs rethinking. In my book I call the tribal area Avonlands. Although that area does include what we now call BCP, the majority of the River Avon is outside this new local authority. The word Avonlands cannot be used until that changes. The Neolithic Coast, the seaward end of Avonlands, has to be a good alternative.

The Jurassic Coast, interesting as it is, is a place of fossils. Very few people identify the BCP area with that coast. So, we need to think about a name that brings our coast together which is relevant, exciting and full of potential.

BCP as the Neolithic Coast

As THE NEOLITHIC COAST it would reflect the fact that the people who lived here built Stonehenge. This was surely the first common culture in Britain, a riverine culture. For certain, the people travelling to Stonehenge came to this coastline first. The rivers were the highway to all parts of the area for thousands of years. Christchurch and Poole harbour were a haven, a shelter for primitive boats. The sea was the way to Europe and its trading potential. Those people over there were their kinfolk and Stonehenge was famous. Consequently, BCP needs to embrace all our past, our Neolithic, Stone Age past – let’s claim the name and then promote it. 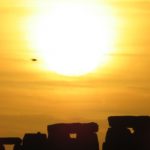 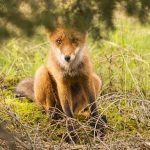