The Dorset Stickler and Prehistory

Much as I love the River Avon and Avonlands, I don’t ignore its sister, the River Stour. You might not see a hill race as a window into the Iron Age but let me change that. The Dorset Stickler, also called the Dorset 3 Peaks Challenge, is a 10 mile hill race starting from the village of Shillingstone at the end of October. It follows an anti clockwise circular course via Stourpaine and back to finish at Shillingstone Station. What is fascinating is the way the Dorset Stickler and prehistory spans perhaps 5,000 years.

The route crosses the Stour on two occasions. The first is at the mill after Durweston and towards Stourpaine. The second is after leaving the summit of Hambledon Hill to cross over the valley to Shillingstone. This second crossing is shown in my photograph. Both crossings highlight the water meadows, for millennia at least, seen as the most valuable and productive farmland. Times, of course, have changed.

Leaving Shillingstone, the route follows a lane south towards an old chalk quarry. Here, it becomes a steep chalk footpath climbing 500 feet, called the stickle path, which gives the race its name. At the top is Okeford Hill, with wonderful views but no evidence of ancient features. The route becomes a ridge which is now ploughed but must have been sheep country up to the 1950’s when oil based fertiliser allowed arable farming on poor ground. The route then heads downwards in an easterly direction through plantations of trees, none of any real age. The river is crossed after Durweston where time steps backwards.

Stourpaine is the gateway to Hod Hill, an amazing Iron Age hillfort. The path flows out of Stourpaine as if the village was initially built by these early people. It is as if they just drifted down from Hod and built huts above the flood prone water meadows. Because the water meadows were probably full of water reeds, they had ample roofing material. They may have done this precisely 2000 years ago when the Romans took the hillfort. Because they saw the tribe as in need of discipline they built their Roman fort inside the hillfort. The race route goes through the middle of this. The Dorset Stickler now has a sting in its tail.

After Hod Hill summit, the route drops to the Keepers Lodge and crosses the lane to where a chalk path seemingly ascends vertically. After seven miles of running, this is a tough climb to a barn and along the ridge to the summit. Its a wonderful spot, perhaps the wildest part of Dorset. It is arguably perhaps the only part of the county that resembles the remoteness of the Pennine country. The race route then drops off before the hillfort section of Hambledon Hill with its tiers of embankments; it resembles Maiden Castle but is smaller inside and far more intimate. The race drops steeply to make its way to the amazing wide and flat water meadows and back to Shillingstone station.

From this description it becomes clear that the hills to the south of Shillingstone have no Iron Age or earlier features. The land stays high as it heads further south and it is not watered by streams or rivers. Consequently, in prehistory, it will have been forested and good for hunting, but not for farming.

North of the river it is a scene unparalleled in Europe; a ridge of hillforts. It is worth noting that a chalk stream runs from Stourpaine and up the back of Hod and Hambledon on the north side. For certain, the hillforts are surrounded by fertile Iron Age water meadows, much of which was probably first farmed in the Neolithic. Consequently, the Iron Age people could herd their cattle back into the hillfort each evening to protect them against raids. This is why the north side of the River Stour is a prehistoric jewel. The Dorset Stickler and prehistory can be read, even by a sweating runner. A pensioner runner will make a posting here, if all goes well at the end of October 2018; assuming his legs survive those Iron Age climbs! Postscript – the pensioner was the first over 70 year old.

Ken West
After 45 years in bereavement services, I retired in 2006. Subsequently, I wrote 'A Guide to Natural Burial' in 2010 and 'R.I.P. Off! or: The British Way of Death' in 2012'. I moved to Christchurch, Dorset in 2012 to join the oldest population in the UK. My book 'My Pagan Ancestor Zuri - A Parallel Journey: Christchurch to Stonehenge' was published in July 2019. My vision is to show the relevance of history, in this case pre-history, in the way we live today and in the future, through disseminating knowledge and understanding. The book highlights how a small area of Dorset and Wiltshire played a significant role in the creation of Stonehenge and the first common culture or civilisation in Britain, then fell into agrarian decline only to re-emerge as a retirement hotspot; Avonlands became picturesque for the affluent pensioner. However, the Covid lockdown reminded Ann and I of our love for the Peak District. In December 2020 we moved to Taddington, near Bakewell. Life is now trail running, walking, wildflowers and sheer joy. A Neolithic chamber and stone circle still watch over us.
Recent Posts
Comments
pingbacks / trackbacks 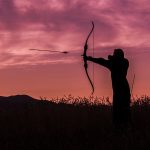 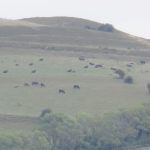 Henge or Hillfort In The UK?Neolithic