Pensioners And Ill Health In The UK

As we approached The Church House Inn, a car reversed from its frontage. The aged driver was not watching his rear view mirror and the car smacked straight into the wall of a house. It then surged forward and hit the stone terrace in front of the pub. We stopped looking, embarrassed for the driver. Later, sat in the pub, Doom Bar for Ann and Jail Ale for me, a woman entered followed by a man on a stick. Ann immediately realised that it was the driver and his partner and they wanted to eat. The landlady told them there were no seats but, hesitating, saw there were some at our table. “Could these people join you,” she asked. They joined us and we had a conversation about pensioners and ill health.

His story was dramatic but perhaps typical for we pensioners. Whilst in France, he fell and cut his wrist, losing a huge amount of blood. They patched him up in hospital but found something hiding in the blood, rather like my story. It was cancer and he was now on chemotherapy. Add in a heart issue and fairly severe arthritis; he was glad he could still drive! He recounted how his robust body had lost weight and they had already downsized their property. His earlier years as a climber and mountaineer mirrored my own and we had ample to talk about.

This story could be a parable about stoic pensioners coping with age. It’s not! This man, as a driver, was an acute danger to everybody on the road. He could not, would not, see that. His interest in keeping going in spite of everything must not be seen as a virtue. It blinded him to the danger he posed to everybody around him. Apparently, women are far more inclined to recognise the signs and stop driving. We men, it appears, link driving with masculinity. We maintain that bloody mindedness to the very end. 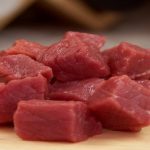