Is Agent Orange My Nemesis?

A few days after my 72nd birthday the query as to why I have a high white cell count was finally answered. The words Chronic Lymphocytic Leukaemia will now attend the remainder of my days, and appear on my death certificate. I also keep asking myself, ‘is agent orange my nemesis?’

How Much Time Do I have?

Who knows the answer to this question? When I was given the death sentence, oops, diagnosis, there were a few mitigating factors. Firstly, I do not have to have any treatment right now. I just sit back, keep going and wait for the dreaded symptoms. These include loss of weight, night sweats or constant infections, yet the consultant was fairly confident that I might see a decade, or two or three.

At my age the good news is that a number of potential killers might lurk behind the scenes; they might steal the leukaemia’s thunder. My BP has always been on the high side and my prostate has niggled; which of them is it to be? Further good news may be that I am relatively slim and fit, a factor that seems to hold off the potential symptoms of leukaemia.

‘Is agent orange my nemesis’ arose because I Googled ‘blood cancer’. After some time that took me to causes involved with chemicals, and I was taken back to 1961. I had just started work as a horticultural trainee in Shrewsbury and was put in the grounds spraying team for a week or so. We applied maleic hydrazide, a grass growth retarder, and 2,4-D, a herbicide. Apparently, there may have been dioxins in the mixture, as these were added until the 1990’s. At the very time I started work, the Americans were applying 2,4-D and dioxins under Agent Orange in Vietnam; thousands died from blood cancer in the years following.

Destruction of the Environment

The 1960’s was when the environment was destroyed. I was part of that; in our pursuit of tidiness, we used chemicals to create nice grass swards; barn owls, the top of the food chain, lost their vole prey and disapeared; this heralded the damage to our own immune systems. In my forthcoming book, My Pagan Ancestor Zuri, I highlight their lack of science in 2200 BC. How ignorant are we in our actions?

No, is the short answer. Yes, we wore gloves and a mask but what about skin contact? I was on that team for a week over perhaps three years. Worse, as a person who never had time off work, I and others in the team, had a day off with headache and sickness. Dermal absorption was underestimated and is only now known to reach as high as 80%. I kept no diary then so its too late to make a case. At least this is not the aggressive acute leukaemia that so many suffer; in that I am lucky. My bloody companion has hitched a ride and I have no choice but to take it to the journeys end. 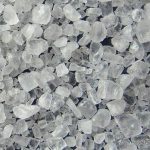 Do we need Salt In A Healthy Diet?Health 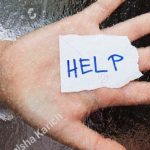 The Least Safe Place For WomenHealth