Living Life As A British Atheist

Angels and prayers have become challenging topics since Covid arrived. For instance, they commonly appear on the leukaemia website which I frequently log on to. Consequently, every time a sufferer goes into hospital, hundreds pray for them. Some send angels to sit on their shoulder and throw a protective shield over them. But, if God and angels really cared for us then we would not have been given leukaemia in the first place. How, as an atheist do I respond? For certain, I am sympathetic. Furthermore, I would do almost anything to help them but simply cannot send them my prayers. Living life as a British atheist has its challenges.

One thing I have learned over my 74 years is about how nasty human ailments appear to conspire together. For instance, a person dies and then their partner falls ill with cancer. Similarly, the dire stories I have heard over my 45 year career in bereavement brought tears to my eyes. However, at such times I felt, as most do, virtually helpless. More helpless than most because, other than offering a sympathetic ear, I could not say a prayer or ask God to help. My God is science, because medicine has done more for us than all that fantasy; it is medicine that cures us. Also, during my lifetime, we humans have added over 10 years to our lifespan, at least in the West. Medical science has made a mockery of the biblical three score years and ten.

As we atheists grow in number, we now offer funeral celebrants, prison visitors and talks in schools about a secular agenda. That said, we cannot marry you or get a spot on BBC Radio 4 ‘Thought for the Day’. Atheists, or Humanists as many of us prefer to call ourselves, are not a ‘faith’ in the eyes of politicians. Consequently, we are seen as disruptors and antagonisers. In many countries, as apostates, we are fit to be persecuted, even killed. All because we live by logic and reason, because we are rational. Medical science mostly works whilst angels are a fantasy.

Even for atheists there is a conversation about how to create community. The church does that well, singing hymns does that, indeed, having a church building is a valuable focus for each and every community. So, because the cathedrals and church buildings are integral to our history, I support them. However, if the stone and brick has community value, the religious dogma does not.

Living life as a British atheist

There is a freedom in discarding all religion. No longer a part of the herd, you can think for yourself. For certain, the subtle subjection of women over millennia becomes evident. The sheer absurdity of the immaculate conception becomes a Disney theme. Historically, it is no different to early pagan beliefs. The Great Bear, who created the world in my latest book, is no less absurd than the actions of other gods. In truth, Stonehenge and Salisbury Cathedral sit almost side by side; icons to an age before science. That said, even as a member of the British Humanist Association I still have to be aware of secular dogma. All principals, even non religious ones, have to be scrutinised. Nonetheless, for me, removing all religion from government, politics and education is a given. I could write more, but my little angel has brought me my ground coffee and her homemade chocolate slice. Ah, heaven!

PS Yes, Professor Alice Roberts is President of the BHA, a Humanist of note. Does archaeology, and history, suggest that the past was unenlightened? 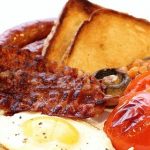 The Early Signs Of Alzheimer’sHealth, pensioners 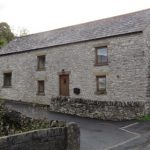