Many councils in the UK are declaring a climate emergency including my own in Bournemouth, Christchurch and Poole (BCP). As a result, they have an action plan that has 153 measures to become carbon neutral by 2030. One of these is to provide natural burial, a scheme I invented in 1990. The challenge now is to actually implement this long list. As you might imagine, the motorist will come under attack. There will be more buses, more cycleways and perhaps a park and ride. However, what has surprised me is the interest by residents in tree planting and reducing intensive grounds maintenance. At last, people are realising that cutting grass is bad for the planet. Consequently, perhaps we are now ready to accept greening (re-wilding) urban environments. It is my area of expertise and the topic of this extensive post.

As a 15 year old horticulturalist in 1961, I used herbicides and practices that ultimately killed the barn owl. Over the next 25 years, I studied the environment in order bring about their return. Greening (re-wilding) urban environments requires expertise from various professions. Council Parks staff are horticulturalists skilled in exotic plants, artificial fertilisers, herbicides and mowing. Few of them are trained to understand the environment. Similarly, conservationists working in nature reserves rarely understand urban green space. In other words, we need a unified approach plus a little passion.

To begin, let us assume that we have a group of residents keen to re-wild a patch of council maintained grassland where they live. This is correctly called conservation management. They will need to obtain the support of their local councilors and ultimately, of the council themselves. The resident’s first request must be that mowing should be reduced. This is because mowers suck up insects, destroy wildflowers and damage trees. If tree planting is also desired then some agreement as to where these might be sited is essential. Let’s look in detail at some background issues.

Firstly, a plea to recognise that grass is a wildflower. Okay, it’s a little dour compared to a poppy but essential to the British environment. It is not a noxious weed, ugly or a thug. Grass is rainy Britain’s superfood, the reason why we produce such good beef. On our patch we have no idea what will happen when we reduce mowing. We might prefer shorter grasses because they will not overwhelm flowering plants. That might not be easy as many native grasses are vigorous and tall. Grasses grow strongly in fertile soil whereas wildflowers prefer poor soil. If your soil is fertile you may have to accept grass as your premier show. Grasshoppers and meadow brown butterflies will thank you for this but only if the grass is also native. Most of our green spaces have been seeded with grass mixtures that included non-native grasses.

What happens to the soil on your patch is fundamental to the environment. We don’t want to dig, rotavate or plough soil unless absolutely necessary. Bare soil easily washes away. Exposing soil damages its structure and injures insects, worms, etc. It also releases huge amounts of carbon held in the soil. Soil is a carbon sink. This means that when we grow plants in soil it massively increases carbon retention. However, the plants need to suit the type of soil. We need to recognise whether it is acidic (low ph) like heathland or calcareous (high ph) which means on chalk or limestone. Rhododendrons, azaleas and magnolias grow well on acidic heathland soils and these garden plants are a giveaway. They dislike chalk and limestone, which is often a poor soil but favours native wildflowers.

Grass typically grows on British soil. We call the grass and its roots the turf or sod. This is the stuff we lay down in strips to make lawns. The turf on urban green spaces is thin. This is because it is mown routinely and usually seeded with short non-native grass species. When unmown native grasses and wildflowers grow, their roots probe much deeper and the turf is thicker. This filters rainfall more efficiently. Also, each seasons dead grass forms a ‘thatch’ above the soil. This keeps the soil at a constant temperature and it rarely dries out or suffers from drought. Consequently, this thicker ‘natural’ turf retains a far higher amount of carbon. Some experts suggest it is equal to trees in retaining carbon. In other words, trees growing over unmaintained native grasslands become a massive carbon sink.

The patch can be zoned into maintained and unmaintained areas using canes pushed into the ground as markers. Straight edges do not look natural. For instance, a mown wavy path or edge looks natural and not ‘neglected’. Signs, such as ‘hedgehog hotel’ or ‘owl zone’ will help people understand why mowing has stopped. Wilding the back of a patch against a hedge or tree boundary, is ideal. Woodland edge is the most species rich habitat. After zoning, the excitement is what happens on the unmown grass. Even where the patch has been mown for a long period, a surprising number of native plants may still exist. If non-native grass seed was applied in the past then native plant species will be reduced. Each year, nature will reclaim it as native plants force their way in. These plants will flower in succession over the season, ensuring ample nectar for insects.

The way in which BCP and many councils develop their existing wildflower areas is misguided. Because they seek public approbation it demands colourful flowers; grasses are not seen as flowers. Consequently, the soil is rotavated thereby killing all wildlife and releasing carbon. Worse, the wildflower seed is rarely local and so new genetic material, alien to the area, is introduced. This is not the way to re-wild areas. It may be necessary to wait some years to see what grows on the patch. Reducing soil fertility increases the incidence of native wildflowers, which I explain later. Greening (re-wilding) urban environments must occur without causing further damage and releasing carbon.

If the patch has space for trees then all the better. Native trees are essential and the silver birch and mountain ash (rowan) cannot be bettered. Wildflowers and grasses will grow under these lighter trees. Larger trees such as oak or beech are only suitable for big open spaces. The commonly planted Japanese species of cherry trees support almost no insect life. The bird cherry, a native tree, is fine. Plant feathered trees if possible where the branches sprout all up the stem. Standard trees, often called lollipop trees, are where all the branches come out at the top. They are less resistant to strong winds. Plant smaller seedling rather than mature trees. They will grow better and be less expensive. Both bird and bat boxes can be placed in the re-wilded zone.

However, always plant the trees in the unmown area. In other words, put them where they are safe. No mowers and no strimmers means no bark damage, the major cause of tree death. After planting, put a mulch of bark chips around the base. This should extend 18″ from the stem to prevent growth competing with the tree. Ensure that somebody is responsible for watering through the summer. Don’t forget that there are often long dry spells in winter.

If you want to keep the unmaintained patch looking tidy then you can cut the grass once in Autumn. This is after the plants have seeded themselves. But, if you want it to look tidy and reduce the fertility, the cut grass must not be left on the surface. This will rot down and recycle the nutrients. Ideally, scythe the area by hand or use a reciprocating mower. This cuts the grass just once, like hay, making it easier to be raked up and removed. Most domestic mowers chop the grass too small for raking. Do not burn the grass (or any wood) as this releases the carbon. Let it rot down as habitat piles for insects.

Apart from raking off the cut grass, the fertility can be reduced by up to 60% if yellow rattle can be established. It is semi-parasitic on grasses and reduces their growth. This allows other wildflowers to establish themselves. Yellow rattle seed must be fresh and sown before winter. Plugs, small plants, might be easier to establish in spring. If the plant likes the location, it will grow. Another useful plant is pignut, which I covered in a previous post here. It cannot tolerate digging, chemicals or fertilisers. By bulking its tubers in the soil, it reduces the opportunity for strong grasses to proliferate. Greening (re-wilding) urban environments is very much a science.

However, if you want voles and consequently owls, then the area is better not mown at all. The grass then grows over a mass of dead material from previous seasons. Beneath this, the voles flourish. In addition, some say you can create a vole society by burying old branches together in a trench but I have never tried this. Such areas look wild, can be difficult to walk across and are often seen as neglected.

After all this, nature sends its own signals to prove how successful you are. If specific indicator species appear it shows that your patch has a much broader biodiversity value. Grasshoppers may appear and buzz in the sunshine. They live in and on the soil, and lay their eggs under the soil over winter. Grasshoppers prefer shorter grasses in a sunny location. Ants will create anthills if there are no mowers to chop them up. A sign that ants exist under the turf is that green woodpeckers will visit to feed on them. They will leave a series of holes, using their beak, to show where they were. Wasps are good, not just bees, and ivy is also valuable to all wildlife.

In conclusion, I hope that I have given sufficient information. It is important that anybody wanting to re-wild does not make unsupported assumptions. For certain, it is too easy to assume that a patch of urban grass cannot contain anything of value to the environment. It is preferable to take advice from the local Wildlife Trust before changes occur. It may also be a wonderful opportunity for local schools. The children could assess the biodiversity of the patch before re-wilding and monitor changes. They can consider the actions that need to be taken and the science behind these. The children will then understand why tiny grasshoppers tell us so much; that if they are thriving then so are we. 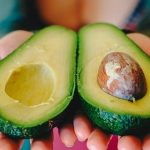 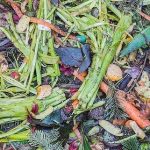 Compost And The GardenBirds, Environment, Gardening