Worms And Our Human Wellbeing

BBC Springwatch asked us to enter our gardens into Gardenwatch and we did so. It seemed an apt moment because a nest of long tailed tits had erupted into our garden. Yet, disappointment arose when we failed to find any worms in the ‘Mission 2 Worm Detective’ section of their survey. We did find 43 creatures, mostly woodlice, in the 30 cm square of soil we checked, but no worms. In fairness, I was not surprised. In Friars Cliff, we have an acidic, sandy, gravelly type of soil. It was heathland and it quickly dries out. Worms need moisture and should be prolific in healthy clay and loam soils. Worms and our human wellbeing may seem a bizarre connection but their function in nature is fundamental to our food production.

Most Important to the history of the world

That was Charles Darwin’s summary of the worm. He called them nature’s ploughs because they mix the soil. Yet, they also aerate, improve drainage and ultimately, improve the fertility of soil. That really matters to our farming future and yet we generally ignore it. The most valuable is the common earthworm, often called the lobworm. It’s our biggest worm and can burrow up to three metres deep. Its decline is probably why the song thrush has also dramatically reduced.

Worms and our human wellbeing

A study of worms was reported in February. A farming magazine with a circulation of 59,000 asked farmers to request a booklet and survey on the issue. Worryingly, only 227 requests were made, which suggests very little interest in soil health. The decline in worms is considered to be due to tillage, the farming disturbance of the soil. Deep ploughing is the worst activity, not least because it exposes worms to gulls and other birds.

We can see this issue as a linear decline. Zuri and her people tilled fields with manual labour. Yet, their wooden scratch ploughs did not damage the soil or kill worms. Over the millennia, with the introduction of metal, mechanisation and artificial fertilisers, we increased food production. Unfortunately, we also damaged the soil and this has reduced the nutritional value of the food. Nature puts up with abuse for so long and then bites back. Unfortunately, worms don’t bite, they just fade away in complete and utter silence. 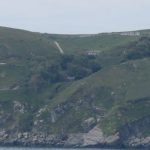 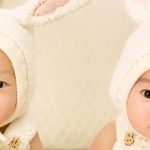