Hengistbury Head As The First Port In Britain

Hengistbury Head as the first port in Britain seems an absurd claim. The frivolity of beach huts, a land train, kite flyers and cyclists trivialize the headland. It is now a mere playground. The quarrying of ironstone, the building of a coastguard lookout, the introduction of invasive plants, landfill of waste and construction of mega car parks represents sheer abuse. You have to feel sorry for this decimated landscape. Yet, despite all this, it still has a certain remoteness, an ability to rise above the indignities subjected upon it by man.

Little remains of the port, dated as early as 3000 BC. It was a gravel beach upon which boats could be drawn. This was on the north side, now facing Christchurch. The old port was in the centre of my photo, on the left side of the small, circular, inner harbour. This is now called Christchurch Harbour. The Purbeck hills are beyond. A boat crew crossing from Brittany would have sought two white chalk cliffs framing a dark central headland. What is now The Needles and Old Harry Rocks were the chalk sea portals, the guides to a central Hengistbury blackened by its heather flora. Each boat sailed behind the headland into shelter and safety. They unloaded, and lighter craft took the goods up the Avon and Stour rivers. They would have returned with goods to trade with Brittany. Trade ceased when the Romans destroyed Brittany, then called Armorica.

Hengistbury Head has an amazing prehistory. It was first used in Paleolithic times by reindeer hunters (8500 BC). Then, the sea was a long way out so perhaps the height was used as a lookout. They brought a kind of flint, called chert, from the chalk on the Isle of Wight. Then, England and the IOW were attached to Europe and hunter gatherers simply walked here. Later, in 3000 BC, flint working was carried out on Hengistbury Head. The artifacts they made were all domestic, not potential weapons such as arrow heads. Then Hengistbury might have been an island, as marshes appear to have cut it off from what is now the Bournemouth end.

Hengistbury Head as the first port in Britain

My pagan ancestor Zuri knew the port in 2200 BC. Then, it would be relatively new because Christchurch Harbour had only just started filling with water. That was because the seas were still rising due to melting arctic glaciers. Trade with Europe had developed on this coast. Logboats could manage river and coastal journeys but it is hard to imagine these crossing to Armorica. Larger, wood framed, skin covered boats are thought to have been used on the wider sea. This trade focussed on the two rivers, the Avon and Stour. They gave direct access to places like Hambledon and Hod Hill, as well as Stonehenge.

In the later Bronze Age and particularly the Iron Age, Hengistbury Head became a trading node and boomed. Undoubtedly, boat technology had improved. Perhaps the harbour water depth also increased. Grain, skins and Kimmeridge shale was exported but what was imported? For certain, by 100 BC, with Europe under the Romans, wine amphora were imported in massive quantities. That, of course, suggests an elite in Britain. What about slavery, an essential feature of the Roman economy? The input of the slaves gave the elite their economic edge; the idle rich quaffing their wine. Is that me, in Friars Cliff today? 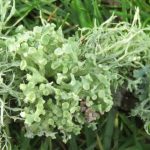 What Lichens Tell Us About Air PollutionEnvironment, Health, Neolithic 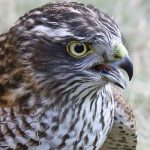