What Lichens Tell Us About Air Pollution

I hesitate to post about lichens. Many people have told me that they are boring and indicate a geeky personality. Here goes anyway! There are around 1,700 species of lichen in the UK. Few people can recognise even one. They grow on soil, sand, rock and trees. By grow, I mean expand because lichens do not have any roots. They anchor themselves to a surface and, with sunlight and moisture, require nutrients. These come from rainfall, dust and bird droppings. What lichens tell us about air pollution is valuable. They are an indicator of air quality and the presence of lichens suggests clean air. Most of Dorset fits that category.

My language must become more complex. A symbiosis is two separate parties working together to create a benefit for each other. A lichen is a fungus on the outside nurturing an alga inside. The alga is delicate and needs the fungal partner to protect it whilst allowing it just the right amount of sunlight. From this, the alga creates sugars and these feed the fungus, allowing it to expand. In some species, leaf structures are formed. These leafy lichens are easier to identify and can often be found on the ground. This is because small birds like tits tear them from bark to eat insects beneath. In contrast, the thin crusty species are much more difficult to identify.

The species in my photo were on a twig picked up in Steamer Point Nature Reserve. Because very few lichens have common names, I have to give you the complex Latin references. The two lichens are photographed on my lawn to give some scale. The one with the Dalek like suckers is Ramalina fastigiata. The lichens on either side are Ramalina farinacea.

What lichens tell us about air pollution

Research in the 1960’s identified levels of sulphur dioxide deposited in the lichen. It arose from coal burning and is less an issue today. More recently, levels of nitrogen, mainly ammonia from poultry/pig/dairy units have been researched. You can download an app and other information from this link. Basically, this research identifies lichen species which are tolerant or otherwise of nitrogen. If the sensitive species are absent, levels of nitrogen could be assumed as high.

You might be wondering what association all this has with the past. In fact, lichens are mentioned in my book My Pagan Ancestor Zuri. She had a lung infection and sought a cure from herbs and lichens. The treatment for her is a final resort, rather like our last antibiotic. Even today, the lichen she used in the Neolithic is called lungwort as it resembles lung tissue. It grows on bark and looks like a small, heavily veined, cabbage leaf. It is now very rare, the reason why I have not photographed it. Zuri could find it because she still had some of the wildwood, now long gone from Dorset. For certain, lichens tell us about air pollution but told her about treatment for illness. Certainly, scientists now understand that lichens are under researched and may contain substances essential to modern medicine. 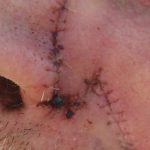 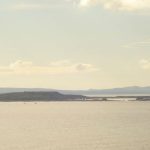