Durrington Walls And The Giant Pits

It might be overwhelmed by its more famous neighbour, Stonehenge, yet Durrington Walls is the biggest henge in Europe. Beneath it possibly hides more archaeological interest than in all other Neolithic features in Britain. Today, it looks little more than a shallow depression in a large field and it’s not easy to take an interesting photo. This artists illustration depicts it as it was in 2000 BC. To get your bearings, note the wood circle to the left. This is now called Woodhenge and attracts many visitors. It lies little over one mile north of Amesbury on the left of the A345. A lane to Larkhill leaves the A345 at this point. This now cuts off Woodhenge from Durrington Walls. Durrington Walls and the giant pits is about to change our perception of this ancient area.

Recently, archaeologists have found 20 giant pits that form a circle around Durrington Walls. Each pit is up to 10 meters across and 5 meters deep. Ten other pits probably existed but are now beneath housing and other development. These pits formed a circle 1.2 miles wide, around the henge. The circle was possibly a boundary, perhaps warning people they were approaching an important henge. That said, nothing like them has been found elsewhere in Britain. They date to around 2500 BC, the same period as when work began on Stonehenge. The pits remind us that the people who built them were sophisticated.

Inside the henge they built two wood circles, similar to Woodhenge. In addition, one of these is an exact replica of Stonehenge, perhaps the actual model. A walkway, an avenue, can be seen leaving the henge down to what is the River Avon. This was surfaced with crushed flint. Perhaps, it was the waste arising from preparing flint axes and tools used by up to 4,000 people living in the henge. The sophistication of this flint walkway suggests that it had sacred purpose. In my latest book I utilize the walkway as part of the ritual journey to Stonehenge, using the River Avon. They could walk to Stonehenge, less than 2 miles away, but the river would have been a far more symbolic journey.

Archaeologists consider Durrington Walls to have been the camp used by the builders of Stonehenge. It was thought to have be in use for just 40 years. However, the work involved in building the pits now makes this look an absurdity. Why would so much work be done for such a short period. In addition, the pit circle appears to link with Larkhill Causwayed Enclosure and the Cursus near Stonehenge. These ancient features were constructed over 1000 years earlier than Stonehenge and Durrington Walls. This suggests that the entire area had a ceremonial or similar purpose stretching back to at least 4000 BC. Durrington Walls and the giant pits are hiding a fascinating story, one that will emerge in the coming years. 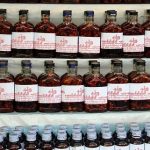 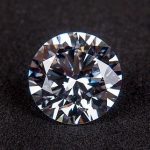