The Chinese Government has approved Chinese Medicine. Does that seem incongruous, a Communist government adopting a pagan or perhaps Buddhist practice from the past? Well, not quite. It seems they want to tie the present culture to China’s historic past. Chinese medicine, it appears, is over 2000 years old. The principle of the medicine is to restore body harmony, between yin and yang. You may think that sounds appealing and harmless but you would be wrong. You cannot separate it from the continuing use of rhino horn, tiger bones and pangolin scales. These materials might be officially banned but that will not overcome ignorance and superstition. Chinese medicine and prehistory have much to answer for in the face of science.

Prior to science, a little bit of knowledge took you a long way. In China it appears that each village had a ‘barefoot doctor‘. Although they went back well into the past, these were only officially recognised in the 1960’s. This person blended Western medicine with Chinese medicine. Mao was keen on this but not so keen that when he was really ill he immediately sent for his Austrian doctor. The educated in China know that the medicine is quackery. However, what does all this tell us about our British past?

In my last book, my pagan ancestor Zuri is unwell and seeks plants, specifically lichens, that will cure her illness. I avoided any cures that might involve animals or birds. However, it had always been in my mind that so many of our British wildlife have been pushed over the edge. The beaver, aurochs, bears, wolves, eagles, the list can go on and on. Did they die out because our shamans needed their bits for medicine? The beaver tail, the talon, bear paw, aurochs testicles, all might have had a high price. If true, it makes a mockery of those modern people who see shamanism as somehow harmless, a quaint hangover from our pagan past. Like Chinese medicine, it was probably destructive as well as full of superstition.

What the Chinese government has done is typical. It’s as if we all seem to look at the past with rose tinted spectacles. Yes, there were simple remedies, like watercress, that we now know contained chemicals that might have been effective against TB. However, they did not know that, they worked blind. It is impossible to think that animal parts were not used. Did I cop out by ignoring the use of animals and birds?

Ken West
After 45 years in bereavement services, I retired in 2006. Subsequently, I wrote 'A Guide to Natural Burial' in 2010 and 'R.I.P. Off! or: The British Way of Death' in 2012'. I moved to Christchurch, Dorset in 2012 to join the oldest population in the UK. My book 'My Pagan Ancestor Zuri - A Parallel Journey: Christchurch to Stonehenge' was published in July 2019. My vision is to show the relevance of history, in this case pre-history, in the way we live today and in the future, through disseminating knowledge and understanding. The book highlights how a small area of Dorset and Wiltshire played a significant role in the creation of Stonehenge and the first common culture or civilisation in Britain, then fell into agrarian decline only to re-emerge as a retirement hotspot; Avonlands became picturesque for the affluent pensioner. However, the Covid lockdown reminded Ann and I of our love for the Peak District. In December 2020 we moved to Taddington, near Bakewell. Life is now trail running, walking, wildflowers and sheer joy. A Neolithic chamber and stone circle still watch over us.
Recent Posts
Showing 4 comments 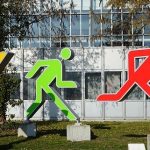 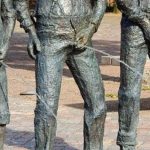