My pagan ancestor Zuri is published and comes alive today, five years after she was conceived. She will burst into the world and, in her quiet and unassuming way, will show the planet what women did in prehistory. She predates Eve and the fall, as well as virgin motherhood, the shame of periods and the belief that the ‘clean’ man is somehow closer to God. In Zuri’s world, men and women spend a short life together and their contribution to the tribe is equally valued. Their bodies unite seasonally and a child is born, another little worker in the battle to survive. Their pagan gods look after the natural world, the plants and animals that nurture them.

The Grave in my street

It was five years ago while walking past the Bronze Age tumuli in my street that Zuri was conceived. I imagined a warrior rising out of the grave, as you do! But, when he spoke to me I did not understand a word he said. It struck me that I knew more about the Pharaohs and the Nile than I did about my ancestors. Consequently, I decided to write a book to stave off dementia by comparing my life with those who lived here in prehistory. The research began and I realised that my hunter gatherer ancestors had walked here sometime after 10,000 BC. They came from the Ice Age refuge in what we know as the Basque country. My warrior was speaking a form of the Basque language. I then realised that I needed an alter ego, somebody who lived here in the past.

The warrior as my alter ego was a dead duck. I never fitted into that male bonding thing. The warrior is all machismo and his story says little about day to day existence. So, I chose a woman and ultimately called her Zuri, the word for white in Basque. She has a child and goes on a spiritual journey to Stonehenge in 2200 BC.

The story is a social history of two tribes, past and present, living in what we call Dorset. The wealthy pensioners, the gerontocracy, retire here merely for the picturesque. Zuri’s tribe is here because the twin rivers combined with a rich coastline, marshes and watermeadows became ‘Avonlands’, my name for their tribal area. These first horticulturalists create a food surplus that enabled them to build an iconic temple – Stonehenge. Yet, stone is doomed, about to be overwhelmed by the new substance called metal. 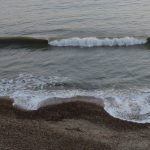 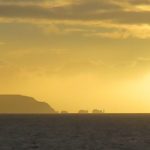