The Sea From Prehistoric to Modern Times

I love the sea and its ever changing perspectives. For certain, hardly a day passes that I don’t look out and across the bay to The Needles. All that light, ozone and clear air; no wonder the sea is considered good for our health and longevity. However, our perspective on the sea from prehistoric to modern times is very different.

Day out to Rhyl

Consequently, my view of the sea is a childish response to living inland. Because Shropshire was about as far from the sea as you can get in England. My junior school arranged two day trips each year by coach in the 1950’s. The rich kids went to London (£4.00) and the poor kids to Rhyl (£1.00). The route through Llangollen and over the Horseshoe Pass was sheer adventure. When we arrived at Rhyl, the air was so much cleaner and brighter and the sea enthralled us. The irony was that if the tide was out, the seawater had to be imagined. At low tide, the sand was hard and ribbed and the sea too far away to paddle. The gulls frightened and bullied us. We had our first cafe meal ever, along the seafront. As nobody we knew went abroad, Rhyl was our Magaluf.

The sea as a life force

Zuri, in 2200 BC, lived in a riverine culture based on the River Avon. The Romans called her tribe the Durotriges over two thousand years later; this meant dwellers by water or sea side. The name Dorset arose from this. In the Neolithic, this coast was so important. Water was her highway. The sea was the trade route that brought new people and wondrous new items, like gold and copper. The sea was her larder, and particularly the salt marshes. For certain, tribes that lived by the sea had a better quality of life than those that lived inland.

The sea from prehistoric to modern times

Consequently, my relationship with the sea appears a little pathetic compared to Zuri’s. Because of a day trip, my sea remains a playtime escape for a poor child. Zuri’s sea is a gift from the gods, a wonder, a place of infinite possibilities. 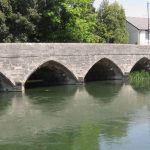 Should We Be Rewilding The River Avon?Birds, Environment 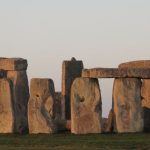