Do we need Salt In A Healthy Diet?

Salt might be essential to us humans but our relationship with it has become quite disturbed. No one ever asked the question do we need salt in a healthy diet, as we crunched celery sticks covered in it. It was my GP in 2001 who introduced reality; “your blood pressure is high”, was the gist of it. I stayed on medication for about six years but after I retired, asked the GP if I could come off the drug. No, was the answer but I insisted on a trial period. It proved that without medication my BP was within a normal range and eleven years later I am still the same.

Why did my BP reduce? Aware that salt causes the body to retain more water, and that this fluid raises your BP, I watched my intake. But, I also exercised and ate a lot of vegetables. Both are said to reduce BP. We stopped using salt in cooking and we always read the labels on everything we buy. It is often a shock to see the amount of salt added. You quickly learn to avoid refined cereals and shop bought bread, so basic muesli, porridge and home baked bread immediately reduced my salt levels. Yes, even dairy, meat and fish contain salt and that needs to be counted too. Your palate soon adapts to lower levels of salt.

The reason so much salt is used in processed food is that it enhances flavour. This means that poor quality food, whether grain, rice, vegetables or processed meat can be readily used. This food might have been stored for years, even carted around the world and have an untraceable provenance. Because of this, fast food and Chinese restaurants are off my menu.

Do we need salt in a healthy diet?

An expert on BBC Radio 4 suggested that we need not use any salt at all, that people did not eat it in the past. For certain My Pagan Ancestor Zuri, in 2200 BC, did not use salt. Apparently, no human population has ever been identified as being short of salt; we find sufficient in the food we eat. Currently, a teaspoonful (6 grams) is the recommended maximum each day and half that remains my target. Take care; I am talking salt and not sodium, which is about twice that of salt. The question ‘do we need salt’ is best tested against breast milk, the finest food that humans ever consume; this is low with just 14mg per 100g. The conclusion is that nature is our best guide!

Ken West
After 45 years in bereavement services, I retired in 2006. Subsequently, I wrote 'A Guide to Natural Burial' in 2010 and 'R.I.P. Off! or: The British Way of Death' in 2012'. I moved to Christchurch, Dorset in 2012 to join the oldest population in the UK. My book 'My Pagan Ancestor Zuri - A Parallel Journey: Christchurch to Stonehenge' was published in July 2019. My vision is to show the relevance of history, in this case pre-history, in the way we live today and in the future, through disseminating knowledge and understanding. The book highlights how a small area of Dorset and Wiltshire played a significant role in the creation of Stonehenge and the first common culture or civilisation in Britain, then fell into agrarian decline only to re-emerge as a retirement hotspot; Avonlands became picturesque for the affluent pensioner. However, the Covid lockdown reminded Ann and I of our love for the Peak District. In December 2020 we moved to Taddington, near Bakewell. Life is now trail running, walking, wildflowers and sheer joy. A Neolithic chamber and stone circle still watch over us.
Recent Posts
Showing 5 comments 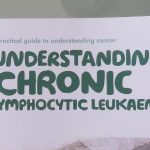 Is Agent Orange My Nemesis?Health