British Flowers Better For The Environment

“I promise that I will never buy you a bunch of flowers.” It’s a promise that I have kept to my wife because British flowers have disappeared. It doesn’t make me seem romantic, does it? I have, however, bought British daffodils, so it’s not quite true. If it appears odd that a gardener abhors flowers then think again. It’s the gardener in me that doesn’t like what has happened to them; the imported scentless flowers. I cannot ask Zuri, in 2200 BC, for support. Neither she nor her people would have grown anything they could not eat or utilise.

The Home of the Eckford Sweet Pea

It’s in Wem in Shropshire in case you didn’t know. The Eckford sweet pea as we know it was developed there, the pastel colours and, here’s the rub, the scent. What is a sweet pea without scent? The answer, an aberration. What is a rose without scent? Okay, no more, you get the point. It’s those bunches of flowers in the market, in Lidl, in Sainsbury’s, glowing with unnatural colours, and all scentless. The commercial rose must now have a long stem with a tight flower at the head. Consequently, the leaves have a flat green colour and virtually no insect damage. It is a flower of some foreign greenhouse, peopled by those on subsistence wages and unprotected against horticultural chemicals. This Frankenstein flower is then flown to Britain on a plane; the world destroyed for what is garish and fake!

Maybe I will have to change, even buy a bunch of flowers. A movement is afoot to return to growing British flowers here, employing our people and chemical free. The bonus is that they will return to scent and natural form, the essence of the picked flower. Common Farm Flowers in Somerset is a small business promoting this new market and challenging the mega companies importing them. Consequently, use your common sense and go for scent, the British flowers that are the real McCoy.

Zuri is asking me to calm down because she has already spotted the wildflowers on Highcliffe seafront. The gorse is flowering. It’s hard to believe that gorse would flower in winter, but some does. Not a lot of scent though as it’s too cold. Zuri ate these gorse flowers in a previous post. Not for her the waste of flowers just to decorate a room but I remind her that in summer she scattered meadowsweet over her hut floor. The archaeologists identify them today and we realise that British flowers have a long lineage; over four thousand years of scenting our home. British flowers better for the environment. 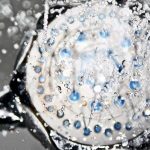 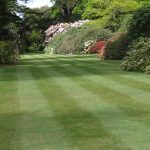