In my recent book I mention that Zuri, in 2200 BC, never knew a lawn, that lawns never existed in prehistory. In truth, that might not be strictly correct. A lawn is defined as a flat area of grass, this typically being cultivated. A field of cereals might well have looked like our vision of an overgrown lawn; then, in the Neolithic, they ate it. The unsustainable English lawn was not something they would understand.

When Did The Lawn Appear?

When large estates were developed in the 1700/1800’s, the big house looked out over the farmlands that supported it. The owner wanted guests to see the cattle and sheep that signified wealth. To stop the animals pooping all around the house, they often built a ha-ha, a ditch with a vertical brick wall holding up its rear side. From the house, people looked out over the unseen wall and ditch, perhaps 30 metres away. The land beyond was visually fenceless and the stock seemingly stretched away to the horizon.

The grass around the house needed to be cut and the scythe was the only tool. A skilled scyther could shave it, literally, to within an inch of its life. The scyther, the shaved lawn, both were examples of status. Later, in Victorian times, we were given the local park, mostly a huge lawn, as a public amenity. This was to allow us, the people, to experience how the rich lived. A horse, in padded horseshoes, pulled a mechanical mower to cut the grass.

As with white bread, we ordinary people had aspirations and the trimmed lawn offered status. This was mainly after the Great War, when new push mowers became affordable and gave us the ability to cut a small lawn. Even so, what we gardeners forget is that the popular cottage garden of old did not include lawns; the entire space was planted with flowers and vegetables.

Yes, it was as late as the Beatles when both the motor and electric mower took off. I worked with the last of the scythers at Shrewsbury Cemetery in 1961. They were retired when we bought the newly manufactured petrol mowers from the US and the Flymo from Sweden. For certain, a small powered mower took away the labour and we were then free to indulge in grass. Consequently, the flowing lawns betwixt flowerbeds, with neat cut edges, was a must have in urban gardens. Elsewhere, grass verges, cemeteries and churchyards were tidied up; flora and wildlife has yet to recover from this compulsion.

When you think of it, the lawn is an absurdity. It requires gallons of water plus fertilizers, weedkillers and often moss killer. Hot countries like Australia and New Zealand are abandoning mown grass, a practice they took with them when they emigrated centuries ago from Britain. Even in the home country, the hot summers of 2018 and 2019 killed many lawns. Gardening pundits told us, as in the past, not to water because the lawn would recover; many did not. In Friars Cliff, most of us have had to re-seed the dead patches. New times are upon us and the unsustainable lawn has no future. The challenge is what to replace it with. 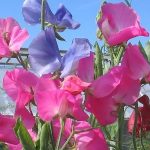 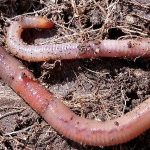