Ken Wilber, in a YouTube video, discussed the comments and writings of Jordan Peterson. He is the controversial Canadian Professor of Psychology who wrote ’12 rules for Life’. It became really interesting when he discussed the women’s lib movement and referred back to the Stone Age. Not that he used that term, preferring to refer to it as the period when horticulture was first introduced by humans. My pagan ancestor Zuri was immediately in my ear, listening intently. It never occurred to her that women’s lib began in the Stone Age.

Who Made the Decision?

The issue is that women’s lib blame men for their subjugation. Jordan Peterson says that women actually chose their role. Indeed, that it may well have been with conscious male support. This was because early horticultural life demanded much heavy work. Perhaps the most laborious was using the ard, the scratch plough. In Britain, these people were also building henges such as Stonehenge. Hauling stones, carrying baskets of heavy chalk and using the ard, bear down on the body. This kind of physical work would induce a miscarriage. Men are physiologically more suited to this work. They would also recognise that children were the future for the tribe. Consequently, they would have supported the women in selecting work conducive to maintaining pregnancy and having safe births.

This decision, a division of labour, must not imply that women chose an easier life. They still foraged over long distances and had to use digging sticks and flint tools, which was laborious. It would also have been nutritionally draining to suckle a child for up to five years. There is also evidence that scraping skins was a female skill and this had physical consequences. As a static occupation, with the woman squatting, it could be done during pregnancy. Even so, the scraping arm, over long periods, developed a strong muscle and distorted the shoulder and spine. As a prolonged task, its effect can still be seen in Neolithic skeletons.

Nothing implied subjugation. What it suggested was a sensible division of labour relevant to male and female physiology. The consequence of their decision was a tribe that succeeded and one that could build Stonehenge. Why would they change a winning formula? 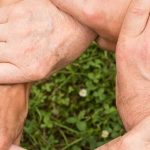 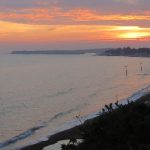