Women experience the first division of labour in prehistory; it was a joint decision between pagan men and pagan women. However, I only realised this after I prepared my talk on prehistory, which I have now delivered seven times. In an earlier post called what is an ard, I explained how this scratch plough was used. Although truly hard work, ‘ard work’, as it were, I gave little thought to whether men or women, or both, did the labour. Then, listening to experts, the picture emerged.

The value of children

Now, the world is being destroyed by children. For instance, each and every birth consumes resources beyond the planet’s capacity to provide. In prehistory in Britain the situation was entirely the opposite. Tribes succeeded only because each child could work, and do more work as they matured. These pagan people put virtually everything into the production of healthy children. Ample births meant more people to grow and harvest food. Newly invented pottery helped wean babies. This vital role of childbirth is why my pagan ancestor Zuri gives birth in my latest book. Her tribe was one of the very few that flourished. This is proven in that they could find the labour to build Stonehenge in gratitude to the deities.

For certain, pushing and pulling the ard through soil is an effort nobody today would contemplate. It struck me that the push and the pull generates huge strain down through the abdomen; a pregnant woman would be at high risk of a spontaneous abortion. Listening to experts on our human past talking about the division of labour got me thinking. Surely, if men did the ard work then it implied care for rather than domination over women. Men and women had to cooperate to ensure that pregnancies were protected; every live birth guaranteed the future of the tribe.

When these people were hunter gatherers there was no heavy labour. Once they settled to grow crops, tilling the soil every spring was the first truly onerous task. Consequently, in dividing the labour the the men protected the women whilst also disadvantaging themselves. The women, with children, were left to forage up to 70% of their food. They had to create a vocabulary to account for the wealth of plants, roots and soils that they needed to know. As a result, experts suggest that they created our first language whilst the men slogged away, swelled their muscles and allowed their brains to languish. Has much really changed? 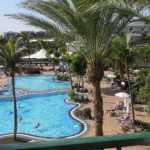