The question to the BBC programme was ‘should I have children when I see the world falling apart?’ I cannot answer it because I don’t have a womb. Even if I called myself a woman I still don’t have a womb. A child is a massive investment for a woman. The trauma of childbirth is a health and longevity risk. However, women live longer lives than men due to their physiology being stronger. This is because of their ability to bear children. I fully accept that a man is usually involved but, whatever his feelings, the woman does all the work. The decision is, ultimately, hers to make. Childbirth is a unique privilege for a woman. The patriarchal society has ended and men no longer keep women in constant childbirth simply because they demand sex. But, this comes with responsibilities. Women now have to think about population and global warming.

After I left school, a male friend of mine fathered a child. I looked upon the baby and the word poverty bounced around in my head. Children needed feeding and kept people, like me, in poverty. Consequently, I knew that I did not want children at that time. For years, as the older child in a big family, I had been given far too many childcare responsibilities. The sweet sick of a child all over my shoulder was familiar. Winding babies, rocking them to sleep, taking children to the playground, that made me old before my years. I did not have a good childhood and I was not a normal child. However, nobody, I repeat, nobody, talked down having children. That, of course, was because women were little more than walking wombs. Having a family, a child, was expected and not having children was labelled weird and perverse.

A professor in South Africa put me into this reflective mood. He had an interesting perspective on this topic. Principally, it is that human life is not worth living, that it has no fulfillment in it. His argument is that poverty is universal and illness is just a precursor to an unpleasant lingering death. Why bring a child into the world to face all this agony? I could refute this because since starting work and not before, life has been good to me. I have known and still experience so much joy. However, that is because I live in relative affluence. That is, in part, because I have no children. Unlike most of the world, the need for children to support me in later life has been broken. That need for children began in Britain perhaps 12000 years ago with our hunter gatherer forebears.

The shock when I listened to this professor was profound; that if we had no children from today, in less than 100 years, the entire world would be saved. No global warming crisis, no Covid, no flu pandemic and no strictly. It was this human hardship in our distant past that created religion. They knew the world was full of agony and so they invented paradise. The shamans and clerics could easily excuse constant human illness, child death and hunger; “why worry, this world is just a precursor to the wonderful next.” The majority of people still believe in an afterlife. In part, this is why the world is in such a mess today. My good life is actually due to the industrial revolution, to fossil fuels. However, much of the world cannot have expensive coal or oil. Will renewables ever reach them? If not, their agonies continue! 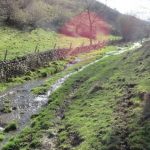 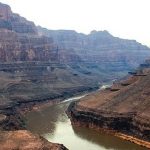 Rafting Down The Grand CanyonEnvironment