How To Identify Misogyny

My friendship with a man fell apart some years ago and it still troubles me. When I first met him, he had recently married. Never, in the realms of human history, could you have met a more loving couple. Ann and I spent lots of time with them over meals and walks, and it was one of life’s pleasures. Unlike me, he was a committed Christian. I ignored the fact that, out of the blue, he told me that God had spoken to him. I did not realise that during our friendship I was learning how to identify misogyny.

They both needed work qualifications and, over two years, his wife supported him during his studies. Then, when it was it was her turn the support was not reciprocated. He then wanted to move to a better paid job, which entailed moving to another part of Britain. He was interviewed for a new post and was passed over for a woman. This enraged him. He verbally demeaned the woman’s skills, whom I knew, and seemed unable to let it lie. So, as if needing affirmation, he went on another interview and was offered the post. He accepted it knowing that his partner did not want to go.

He moved, expecting, even demanding, that his partner follow after he had settled into rented accommodation. She demurred, and then refused. Their marriage fell apart. Ann and I watched in horror, unable to help. I kept in touch with him for some years. It was difficult because I objected to his attitude. For instance, he described his new girlfriend as not attractive, like his ex-wife. He finally suffered a nervous breakdown. He broke off all contact, and retreated to completely different work in mid Wales. I realised that, for him, the woman had to secede to the man. Women were an embellishment, eye candy, and not individuals in their own right. Consequently, I can understand why so many women no longer choose to marry. Men, like my ex friend, like to control, to dominate.

How to identify misogyny

We lost our friends and it remains a great sadness. It is one of those situations where you look on and feel so helpless, unable to help. Misogyny, it appears, is all around us. 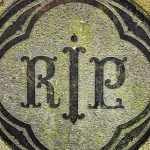 What Is A DIY Funeral In The UK?Death & Funerals, women 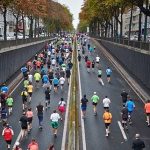 Sex And Gender Of Runnerspensioners, women