Can I Just Change My Gender?

I’m fed up with being a man. I am told that these days I can be anybody I want to be, and any gender. So, I am exchanging Ken for Karen. That might sound like I want to be a woman but not so fast. Am I more androgynous than feminine? Even the wiki page on this subject says it contains multiple issues. That’s me, multiple issues. I only questioned my gender because I noted a Covid warning for people like me, a man. It stated than those of the masculine gender were at greater risk of dying. What if I was not a man, would I live longer? However, becoming a woman may not be for the faint hearted but has its attractions. Ann always tells me I look fetching in a pinny. That said, she’s not quite so keen on me going outside to talk to neighbours in it. Whatever, can I just change my gender?

I shifted snow the other day, clearing the drive. A neighbour’s wife was out doing her side of the road. She was so good with a shovel that I complimented her skills to her husband. Yes, he said, when it came to marriage, that was the deciding factor. However, my macho snow clearing was matched; a woman can clear snow so I am not precluded. Looking back, I was never what you might call a masculine frame. I was quick and lithe, a flickering flame and never, ever, smoldering. Women never saw my masculinity as threatening. Yes, I was spreading my seed throughout my early years, but that was a reference to my horticultural job. And I actually enjoy picking flowers and arranging them in a vase. You can, if you wish, call me a narcissus. I take that as a compliment, that the pheasant’s eye is a beautiful flower.

Did you notice my reference to the narcissus? That plant is emblematic of rebirth and that is so relevant to changing my gender. Is that clever or just me being a horticulturalist? I could, of course, call myself non binary but how narcissistic does that sound?

Can I just change my gender?

Now old and wearing out, my masculinity, such as it was, has disappeared. The little prostate is bigger and it’s pressing on my bladder. As the Testosterone has gone so have the big muscles once on my thighs. I probably have more female oestrogen in my system than testosterone. Did you know that it’s in the water we drink? However, as a woman I would have to change my pants more often. I would also have to stop wearing scruffy clothes, worn out old friends.

What’s in a name?

In conclusion, of course, I have answered my own question. As a benign pensioner, I am automatically androgynous. However, with my worsening hearing, I have no idea what people are calling me anyway. If I am in the pinny, it’s Karen, if in overalls, it’s Ken, if the pinny is over the overalls, who cares anyway? Time for the snuffy perhaps! 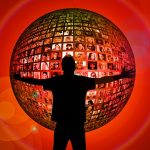 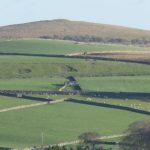