The Avenue At Stonehenge

The avenue at Stonehenge is enigmatic, an enduring mystery. It links to the River Avon and is 1.7 miles long even though there is now little to see. Away from Stonehenge, it crosses private farmland and near the River Avon, it has been built over. Yet, in the Neolithic, everything points to the avenue being an essential part of the Stonehenge experience. The word avenue means making progress towards something. That something was another world, a place beyond, which is what Stonehenge represented. My photograph shows the two ditches, once glaring chalk, which still define the line and width of the avenue.

Our ancestors would have disembarked from boats at a bluestone henge on the riverbank to begin their walk to Stonehenge. There was a fire at the riverside henge to show boats where to land, which suggests a night-time approach. Was this under the moon? Archaeologists find lots of charcoal in the soil as evidence of this. In my book, Zuri takes this ritual journey to Stonehenge. We now realise that on at least two occasions her people cut fresh chalk out of the ditches to create white banks. In my story, her ‘partner’ Kablea forms part of the work team. The white chalk will have glistened under moonlight. White is seen, even today, as a sign of purity. Consequently, this may have had a spiritual significance to them.

The past marks the way

Beneath this riverside henge were found flints used as tools as early as 8000 BC by hunter gatherers. These early people had also erected posts, perhaps ‘totem poles’, around 6000 BC, at Stonehenge itself. This suggests that Stonehenge had significance prior to the erection of the huge sarson stones we see today. The circle began as a simple ring of smaller bluestones in 3000 BC. Then, for 500 years, they reconfigured the circle perhaps four times. It was clearly a matter of bigger is better. 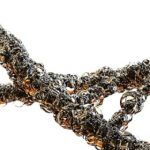 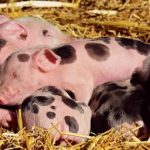 Pigs Are Given An Unfair ReputationNeolithic, Paleo food