The Sexual Needs Of Pensioners In Care Homes

The sexual needs of pensioners in care homes has become a priority of the Care Quality Commission. They have instructed staff to encourage intimacy. That really upset me as a care home might well be my next address. I recall a number of older people telling me that the joy of old age was not having sex; that it dispelled all that angst of our younger years. You know the sort of thing, how many partners, how often, duration, too much alcohol, too little, too small. Consequently, it now appears my sexual needs have to take priority over a wheelchair ramp.

The Alzheimers Society have a separate but similar view to the CQC. They advise that, ‘the care home should stage romantic dinners’. Not being a lothario, I assumed that a heavy meal for a pensioner was followed by a sleep. The care home also has to provide electric candles for the meal. Is this identified as safe sex? Although sexually transmitted diseases are increasing in the over 60’s, the use of condoms is not mentioned. Perhaps because they would be worse than banana skins on the floor; not such safe sex.

Will the assistance have to extend to visual aids on the blister pack? The visual aid for Viagra should be an easy one. For certain, all the other drugs tend to have the opposite effect.

In My Pagan Ancestor Zuri, her sexual life in 2200 BC seemed so purposeful and uncomplicated. Because, unlike me, she needed children as a hedge against future poverty. I even made a case for her not understanding love. In fact, her tribe may have practised periodic abstinence, as they did in rural areas of Britain up to the last century. This was to ensure that the women were available to bring in the harvest. The Neolithic period had none of the angst, I suspect.

The sexual needs of pensioners in care homes

The chair in the window at the care home is now less appealing. The benefits of no gardening, all those books waiting to be read, time to reflect on a wonderful past, now dashed. All that angst in the residents lounge as I have to relearn the body language between the sexes. The inadequacy of youth returns.

ps. In this ageist world, I had difficulty finding a photo of aged lovers. This couple on children’s swings was the best I could do. 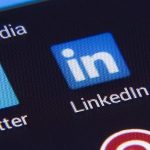 The Rise Of The Linked In WorldSocial Life 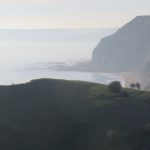