The Rise Of The Linked In World

Links seem to dominate my life these days. Every post on this blog must have links, internal and external, if I want to be ranked by Google. It appears I must show the reader how I relate each post to other posts, that I understand the bigger picture. It seems to have affected my cognition. Whatever I see or hear, my brain clicks into the rise of the linked in world.

A taxi took us to London for our winter break. All through the New Forest and then alongside the M3 was gorse! The bushes were in flower, bright yellow in mid January, lining the roadsides. Why? It was because most of the trip is through heathland, poor soil and ideal for gorse. Zuri, in 2200 BC, would have made the same observation. For her the gorse is food in an otherwise spartan environment.

The gorse disappeared as soon as we reached London clay. That mental link reminded me why London is wealthy. This wealth lay in the fertile clay soils alongside a navigable River Thames flowing to the sea. The location was exploited after the Bronze Age and by the Romans, who quickly identified that link. Hence, even today, London remains wealthy. Walking up Kensington Palace Gardens beneath huge London planes, the big trees defined the fertility of the soil.

But, this linked in world creates tensions. A white woman with an angst ridden face strode down a heaving Portobello Road. She was repeatedly shouting out, “You fu***** black c***s ruining my country.” A black woman with two kids, walking in front of us, looked shocked; her kids appeared unconcerned. I wanted the ground to swallow up this raving woman but she just strode on, mouthing her hatred. I said nothing to the black woman even though I wanted to apologise. The great city sucks in people, forces them together, in spite of themselves. Each person, according to their perceived situation, creates their own links.

A Link to the Past

In ‘My Pagan Ancestor Zuri‘, she constantly links her knowledge of the environment with the food that she can forage. “She saw the soil first; was it white or black, wet or dry? The different trees, their shape against the sky and their leaves and bark also told her about the soil. Every plant had its own hue and the plants formed groups of colour. She could sense where each of the food plants could be found.” Our ability to link is innate. As a forager, Zuri had skills few of us have today. To conclude, I need another link to finish this post. 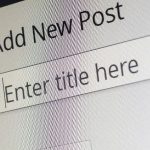 How To Be The Honest Pensioner Bloggerpensioners, Social Life 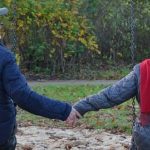 The Sexual Needs Of Pensioners In Care Homespensioners, Social Life