The BBC presenter said, ‘everybody is infatuated with Megan?’ Well, don’t count me as everybody and I wanted to shout out, ‘get a life’. Poor old Megan, surrounded by sycophants, how can she live a normal Neolithic life? That thought took me back to Zuri and her quiet and bucolic life. Then, it struck me, perhaps I am wrong; even she had a celebrity in 2200 BC.

Zuri met the Amesbury Archer or at least looked over his corpse in my forthcoming book. Everybody was talking about him, a foreigner, (did they have such a word?) who had stepped off a logboat. He was from the Alps and perhaps he tried to explain what that mountainous country looked like. He was armed to the teeth and there was his extravagant dress; was that the only thing that local people noticed? His real threat was his culture. The Beaker People, as we now call them, saw the world very differently to Zuri’s tribe. Yet, Stonehenge drew him to visit.

What might strike us now is that a strange, armed man, could step into the society that existed here in 2200 BC. Yet, that seems the case and he had kinfolk with him, at least one of whom would be buried near him at a later date. This supports the view that he was a trader, and that the local tribe was safe and welcoming to such people. Perhaps that fails to fit our view of pagans; that they were not civilized.

The difference between then and now is stark. Today, somebody marries a royal and gains instant celebrity through chance. The Amesbury Archer intruded into a sombre farming community. Consequently, he shone like a beacon. With that lustre came a mass of threats. Firstly, the threat posed by him as the first ‘warrior’. Secondly, the threat posed by his acquisitive culture; that gold and copper will change society. Finally, his body was placed in a hole in the ground. Zuri’s people put the dead on platforms to be eaten by birds; sky burial. Consequently, his impact changed our society. Megan, no matter what she does, pales into insignificance when compared to the first Neolithic celebrity. 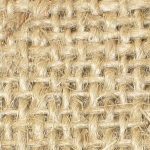