The Christian King Ruling The Atheists

I have tried to ignore Prince Charles. Certainly, his treatment of Diana was diabolical. However, his rather weird behaviour has always made him look eccentric. In Britain, we have always ignored eccentrics. However, recent media coverage shows him as a supporter of lost causes, that is, of religion. This reminds me that his overtly Christian wedding was sheer farce. All those religious trappings were merely a pantomime and Prince Charming he was not. Cinderella was a sacrificial lamb in the shape of Diana. However, that is the past and I am far more worried about a future Christian King ruling the atheists. I rank myself in that disbelieving bunch.

To hell with religion

In the last census more than 50% of the British stated they had no religion. That figure is consistently increasing. It’s not difficult to see why. Religion has always been privilege, the ability to place oneself above others. It is a licence to be self-righteous. Consequently, as religious men set the rules, all others become lesser, especially women. With reduced status, the lessers are far more likely to suffer abuse, in all its various forms. As an apostate myself, one religion even calls for my death. In a previous post I highlighted how Christianity caused global warming.

Because he will become King, Prince Charles sees himself as a bridge. As a result, he has just been given an award by the Council of Christians and Jews. This was for building bridges between different communities. He has forged strong friendships with clerics. Rather than defender of the faith, he has become defender of faiths. Already, the talk is of a multi-faith ceremony at his coronation. This is supposed to reflect the diverse nature of Britain. The problem is that the biggest community is the faithless? These are the over 50% in the last census who have no religion. They are the anonymous who attend no church and wear no robes. Most of them are not circumcised.

I would love to be a fly on the wall. Prince Charles is meeting leaders of all religions. Previously, they fought and killed each other. However, all of them are conspiring to unify because of growing secularism. Consequently, they talk about religious communities as the community, the one and only. I assume they discuss us but what do they say? How can they possibly understand what we think, we who see religion as an ill? What about inclusivity? A King who believes in fairy stories, a belief pattern written 2000 years ago. Has it not proven itself a failure. How can it be a way forward as the world dies all around us? 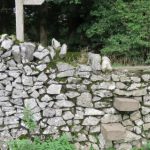 The Hazards Of Being A Pensionerpensioners, Social Life 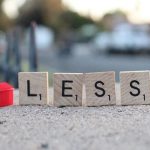