We writers, when we are planning to write a book, keep an ear to the ground. A few years ago, the pundits told us to avoid misery memoirs like the plague, no publisher wants or is interested in them. I still have my misery memoir on the laptop, sulking because I refuse to expose it to public gaze. So, imagine my surprise at the successful publishing of Kerry Hudson’s book Lowborn. I listened to it on Radio 4’s Book of the Week recently. It was fascinating and reinvigorated the genre. But there is a new kid on the block and so it’s now misery memoir v’s poverty porn.

One of the writers was told by a social worker that blame was misplaced, that her parents simply made bad decisions. Why is it that today we all have to be grey, that black and white are unacceptable words? Responsibility, it appears, is also a no no word. It seems that I must not exploit my father and should accept that it was simply a bad decision to run off with his mistress to Eire. He abandoned his wife and three children and she abandoned her daughter. For some of us it meant grinding poverty and abuse. Two of those children have since died and their lives were profoundly damaged by what happened. I am glad that misery memoirs and poverty porn are having a resurgence; they remind people that there are consequences to their actions. 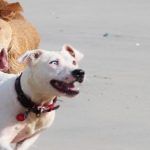 Dog Bites Jogger Is Not A Running JokeHealth, pensioners 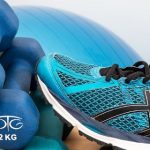 Sarcopenia Is The Real Killer Of The AgedHealth, pensioners