The words ‘conspiracy in Shrewsbury’ really appealed to me. That medieval town, surrounded by the loop of the River Severn, is hardly the obvious place for such goings on. It was a programme on Radio 4 in 10 episodes. Their reporter talked of the dark underbelly of the town. Ann and I lived there and married in the town in 1971. The only darkness then was the last bus home. Sadly, it was the wives and partners of those drunks on the bus who understood what dark really was. However, the programme was about conspiracy theorists related to Covid. It was about anti-vaxxers, the ones who are never personally opposed to vaccination but are not having one anyway. Sadly, it lead to a death.

The story began in Longden Coleham, where I bought my first bike, a Viking racer, when I was just 15. The man, aged 46, was a much valued contributor to a facebook page, For the Love of Shrewsbury. Previously happy and content, he had changed. This was after joining or supporting a bunch of conspiracy theorists convinced that Covid was not true. They also felt that vaccinations killed people. Whatever, this man caught Covid and got worse over 6 days. At that point he sought aid but, sadly, it was too late and he died. His relatives, specifically a cousin, sought to understand why. There was lots of detail but so much conflicting view. The only person who really knew the answers was dead. What was evident was that the Shrewsbury Ann and I knew, and escaped from, was also dead.

My Shrewsbury was essentially a market town, all about farming and fertile countryside. The rich, as represented by the local Tory MP, was the mouthpiece for farmers. That MP had a list of directorships as long as your arm. Council house tenants, like me, were discounted. None churchgoers, like me, were outside the social bubble of the town. People like Ann and I, who married in the Register Office, were outsiders. No conspiracy there, then! However, the people in this conspiracy programme lived on the internet, spending hours if not days online. Is that bad for your health or is that bad for your health?

Is it better to be in touch via the internet? I am unsure. For certain, it exposes people, literally, to the big bad world. However, perhaps you need to be educated about how to manage such an insidious curio. Whatever you see on the internet does not disprove age old common sense. For instance, I knew polio in Shrewsbury but now it is gone. Measles and TB have gone. We have gained 1.5 years each decade in longevity. Is it a conspiracy to actually make us live longer and more well? I rest my case. However, much as I appreciate the internet, until it actually washes the dishes, I will not identify it as essential to life. Somebody out there is making a fortune from all these lies and untruths. Oops! 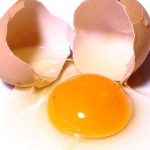 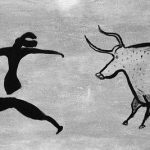 Getting Fitter For The Over 60’sHealth, pensioners, women