It’s an odd finding; that men are far more inclined to buy plastic supermarket bags. Women, it appears, are not embarrassed to carry a reusable jute bag. Are men less green? I listened to this on BBC Radio 4. It struck me that the environmental behaviour of both men and women really started in My Pagan Ancestor Zuri‘s time, in 2200 BC.

I visualise how prehistoric men, practicable as ever, would clear ground to create grazing for expanding herds of cattle. The wildwood, innocent trees, survivors of the retreat of the glaciers, stood in the way. They were cleared, destroyed in the name of progress. Likewise, the men, as hunters, pursued the animals and the fish, and it has not stopped to this very day. The trouble is, do men ever know when to stop? Testosterone still destroys field hedges, drains marshes and shoots raptors such as buzzards on the Pennine Moors; is there anything more revolting than a man who shoots living creatures?

Zuri was a forager. She knew that she had to go back, next week, or next year, so the birds and the plants had to be protected. Care for them and they will care for you; they will return to lay eggs or regrow lush green leaves for the pot. She also worked bone and flint and, as each was used, reformed them into smaller tools or necklets; stuff was not wasted. Perhaps bearing children was seen in the same light, nurturing replacements for worn out adults.

In case you think I am going to belabour men, take care. Okay, overall men do create wars and acts of terrorism and these cause untold harm to the environment. Think of all those blazing oil wells. Yet men also work hard to protect birds through the RSPB and as volunteers for many charities. The negative aspects for women is that they feel the cold and rather than wear a jumper, turn up the heating and waste finite fuels. Women also buy more clothes, often in cotton, which has a high environmental cost. Unfortunately, it gets worse because it appears that, given the money and power, women are preferring to mimic men; yes, they buy fuel guzzling 4×4’s. But at least, on the passenger seat, sits a Jute bag! 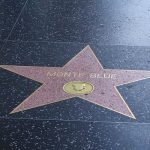 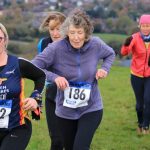 Women Show the Way on the Dorset SticklerSocial Life