Sex And Gender Of Runners

Once, in what sometimes seems another life, Ann and I were the Northern Veterans 10K champions. I won the men’s race first and then cheered her in later, in the women’s race. What a day! The only difference between us was the time; I was faster and she was slower. Another difference is that she was classed a veteran at 35 years whilst I was given that at 40 years. However, we both still run in our 70’s, with at least 40 years of consistent training. Our racing period was less than 10 years but it taught us one irrefutable fact, women are slower runners than men. No matter where you look, the best women have slower times to men. This is fundamental when considering the sex and gender of runners.

If I ignore speed, women have most other advantages. I was constantly aware in my bereavement career that women live longer than men, about 7 years. Their physiology is directed at survival, at nurture, and it gives them longevity. Men were given muscles and a musculature to pursue game, the hunter rather than the gatherer. Show me an elderly couple and, on average, the man will be aging worse than the woman. That’s because his muscles are his physiology and once they go, as testosterone declines, it’s all downhill. Even as babies, the male ones have a higher mortality than the female.

Staying purely on sex, there is no way I can countenance men running as women. In sport, sex is all. If men want to change gender then fine, but that does not change their sex. They must not be allowed to compete as women. Gender might be fluid but sex is not. Male musculature does not change with gender. The competitive edge remains and they must not be allowed to compete with women.

Sex and gender of runners

When I look back, my running association with women has changed somewhat. In the early days, I was up in the leading pack and it was always composed of men. Slowly but surely, as decrepitude advanced, I moved back through the field. That is a metaphor for life. The faster women passed me, then the less faster and then the young girls. That arose when Ann and I did the parkruns. They are not competitive, of course! The joy is the fact that so many women now run, far more than in my early days. Let’s keep it that way, by using original sex as the arbiter and not assumed gender. 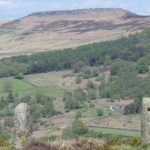 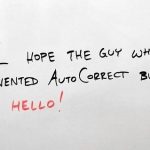