My energy bills for October 2022 have not increased too much. The frenzy caused by the media has been absurd. It has frightened many of the aged, not least when forecasts for later in the winter are far higher. As for managing financially, I accept that we have no mortgage and we don’t drive very far. That is, of course, why we moved to Bradwell. Footpaths and running routes go from our very door so we don’t need to drive. Trips to Sheffield are easily made on the bus. That is the first rule to avoid penury; don’t spend much! Socially, we want to save energy so that the national supply keeps going. Power cuts are a disaster for the old and ill.

Our energy costs with Eon next have been week to 3rd October £16.46. The second week was £14.00, the third £15.88 and the last £13.85. That is £60.19 for the month. The bill includes using the washing machine, cutting the lawns once, and operating the bread machine every 2 days. The gas central heating has been put on when the interior temperature is below 15C. That was about 5 mornings and one evening. We are lucky that as a new house, our appliances are efficient. For instance, overnight we appear to consume between 120 and 140 watts of power per hour. That is very low for a 5 bedroom house.

You have to wear lots of clothes so out came my long johns, warm socks, heavy shirt and a jumper. At 16C on went the heavy dressing gown. We work with our solar panels by sequencing the toaster, kettle and microwave. The cooker is also used on its own. We either walk or run or do both most days. When we return, the house seems nice and warm, even at 15 or 16C. We feel slightly dirty but only because other people appear to do a lot of washing. For some, it appears to be daily or every two days, and that’s not people with children. We probably wash every 10 days. That saves water as well as reducing all that pollution down the drains. We have no drier because we managed without one for our first 50 years, so why should now be any different.

Initially, I tried various ways to reduce the cost of water heating. Ultimately, I found that turning down the boiler flow temperature was best. That means the water is heated to just 55C. That is fine for showers but it also means that radiators don’t become very hot. Otherwise, the boiler heats the water for 20 minutes at 9am. It then operates for a further 2 x 10 minute periods during the rest of the day. So, take advice from a dirty none too hot pensioner and hold down those bills. 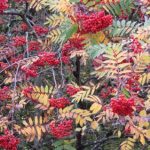