Covid-19 Food Boxes in the UK

When I registered on NHS England as extremely vulnerable, I had to state whether I was able to maintain food supplies. At first, I said yes. Days later and unable to contact Sainsbury’s, I changed it to state that we could not get food. Five days later, a box was left on the doorstep. Two more boxes have followed, all of which is an impressive gesture and was gratefully received. However, I am surprised how the food box has taken me out of my little bubble. This is because it is not food Ann or I would have normally bought. Covid-19 food boxes in the UK must be changing perspectives for so many old people.

The biscuits in the box were fig rolls. I tasted one and was transported back to poverty, to my broken biscuits in Shrewsbury. I didn’t like fig in those days. In addition there were tins of marrowfat peas, which we also ate back then. Ann researched these on the internet and decided they were a superfood. They contain vitamins A, C and B1, plus iron, phosphorus and fibre. Unlike blueberries, nobody promotes them. The millennials and vegans don’t eat them. They are the mushy peas of the Northern peasantry. On my leukaemia website, others who had received a box posted that they couldn’t eat the peas because they had no faggots. That word, it appears, upset some Americans. A moderator then had to explain that these were butchers products and traditional fare in the UK. Consequently, that upset somebody in Putney. “Not here”, she said.

Covid-19 food boxes in the UK

In conclusion, some of the food will be passed to a food bank after this is all over. I feel truly guilty about that. The ‘Weetos‘, chocolatey hoops, are disgustingly sweet. However, this product is not targeted at pensioners. It is designed purely to make children sugar addicts. It will include tins of frankfurter sausages, full of salt, which would push up my blood pressure. Even the noodles are full of salt. That said, if this present crises gets even worse then I will be eating these products.

Reading all these food label’s proved difficult because of hair in my eyes. For the first time in 49 years of marriage, Ann has cut my hair. It grows all round the sides with little on top. I shall soon be out in the garden, with a tonsure cut; a veritable monk hoeing the vegetables surrounded by a fug of mushy pea gas. I sometimes need to be socially distanced. 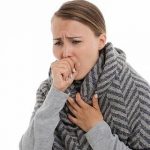 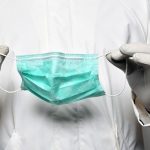