The Healthy Paleo Diet Is A Myth

It is surprising how many people pick up trends and follow them without further thought. The paleo diet is a good example of this. It assumes that the hunter gatherer diet was good; that the people who ate it did not suffer from the illnesses that we experience. For certain, if we consider age at death then these people lived much shorter lives than we do. Consequently, we need to consider whether the healthy paleo diet is a myth or not.

We now understand that the diversity of food humans ate was highest when hunter gatherer tribes ruled the planet. Each tribe ate food entirely specific to their locality. The tribe in my book, in an area the size of Dorset, would have eaten plants from acidic as well as chalk soils. We might assume that this effectively doubled the range of plants they could choose. Those closest to the coast obtained ample iodine from seafood, those inland did not. If you lived up on the chalk, perhaps only ten miles miles away from fish sources, you might never eat fish. Those on the chalk drank water full of calcium, those down towards the sea had much less calcium in the water.

The healthy paleo diet is a myth

No matter how good their diet, other issues affected their health. Because gut worms were endemic, iron deficiency anaemia appears common. Neither would they understand cleanliness and so gut infections may have been common. Can we test how effective their diet was? If we measure fertility based on their ability to procreate, then they were more successful than us. But if we measure longevity then we win out. That assumes, of course, that we enjoy those extra years! 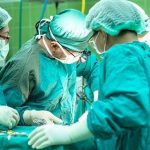