A Drought On The Neolithic Coast

I really felt for Zuri as the sun shone a few weeks ago. It’s not so much the dying tree leaves but the lack of ground vegetation; the plants she foraged day by day. Her problems with drought and mine are a world apart. I might have to worry about using the hosepipe but not about starvation. This is why Christchurch was a paradise in the Neolithic; the marsh and the water meadows were always green and lush. Yet a drought must have caused them anxiety.

The plant that brings this really home is the blackberry (not the mobile!) I pick them most years and I watch their development, just as Zuri did. This year, spring growth was lush and the brambles truly rambling. Then the skies cleared and the plants continued growing, but less burgeoning. The flower buds appeared in profusion, the bees and insects pollinated them, and the berries began to swell and turn red. The heat rose and all growth stopped. The berries stayed red and hard. Thankfully, she had other food to forage, such as pignut although the spiny gorse flowers were well past picking.

In my book I highlight the importance of blackberries to early people. It was perhaps the only wild plant that really offered surplus calories, fruit sugar, to those early people. This is why the bears ate them in autumn, just the right time to fatten up before winter. I feel confident that Zuri protected the plants, and perhaps her people even used the plants to delineate fields; the first hedges.

The rains have now appeared in August and the media ignore the potential for drought. They also ignored the fact that it was not really the drought that threatened the hosepipes; it was our excessive use of water from rivers and aquifers. We build houses without any reference to where the water supply comes from. At least the berries seem to be swelling again. Set amongst the threat that no sprouts will appear on sale this winter, the blackberry appears rather insignificant. That’s only because we can buy such fruit from other countries, and ignore what happens on our doorstep. A drought here is no problem as long as water exists elsewhere, and planes can fly.

A Cause for Anxiety?

Is a hosepipe ban really a cause for anxiety? A young man interviewed on television said he was not worried although he certainly did not sound like a gardener or farmer. As to the shortage of water, he did say that he might not pamper himself with a long shower that weekend. Unlike Zuri, he did not have to fear starvation. 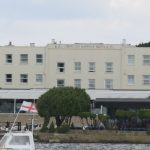 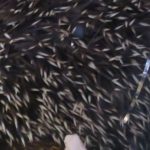 Are Hedgehogs Doomed In The UK?Paleo food