What is a Pilgrimage?

What is a pilgrimage? This question occurred to me as a listened to a radio programme about religion. The need, it appears, is to take yourself out of your normal life and to be immersed in a journey. Also, there should be a spiritual purpose in this, and the principal ritual is usually to walk. The objective is something that might change your perspective on life, or death. Some, no doubt, would argue that a trip to Disneyland might qualify!

I have been to Lourdes in the past and it was a conflicting experience. The rhythmic chant of the pilgrims cannot fail to impress and yet it has to be balanced against the appalling sale of pilgrim tat. Roadside stalls are massed with plaques, statues and small bottles of holy water for the 6 million annual pilgrims. Many people, in wheelchairs and bathchairs, looked seriously ill and had a great impact on me. They had no need to ask what is a pilgrimage?

The religions have hijacked the pilgrimage. Certainly, there are far more pilgrims today than in the past. Listening to the radio, I sensed the presence of status in completing a pilgrimage, that the badge would be flaunted. Certainly, the lead badge from Canterbury was used in that way back in Medieval times. Chaucer’s the Wife of Bath had completed five pilgrimages. Consequently, it is easy for us to correlate Christianity with pilgrimage. We would not recognise that the practice here probably started in prehistory; that the pagans went on pilgrimage.

People pilgrimage today in vast numbers because the plane makes it too easy. Is it really a pilgrimage to travel by plane and taxi to the door of some religious site? I think not, and religion is being blamed for global warming. The pilgrimage was expected to entail much walking, discomfort, tiredness and even danger. Exertion and anxiety on the journey, and bliss as the denouement, seems to encapsulate a pilgrimage. Consequently, with such anticipation you wouldn’t need to ask what is a pilgrimage?

I think Zuri and her people in 2200 BC knew pilgrimage, way before the great religions. For certain, even leaving the home setting was a challenge. The cattle and crops had to be protected, old people and babies cared for and food foraged. As a result, the few given the privilege to travel to Stonehenge would have seen it as a form of status. Above all, new mothers might have taken their child to give thanks to the gods. Probably, those who had to perform work at the temple of Stonehenge would also have gained status.

Stonehenge – World within a World

Her walk or logboat trip to the Temple of Stonehenge was through the landscape of Avonlands. It began in what is now a new council called BCP. The mystical River Avon guided, hydrated and linked them to the temple via the avenue. It was a two day walk, sleeping in the open, then attending the ceremonies and the same on the return journey. It represented exceptional change to the daily routine, that is the struggle to survive. Perhaps they only saw the temple once in their lifetime. It was a life changing experience, which is precisely what a pilgrimage entails; it was their world within a world. They never had to ask what is a pilgrimage? 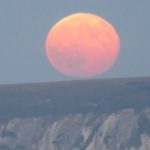 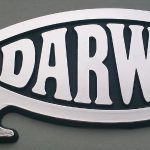 The Role Of The Funeral CelebrantDeath & Funerals, Pagan Belief