Humanism Is The Only Way Forward

I always find it interesting when the suited and formal Christians knock on my door with a desire to promote Christianity. Perhaps I should ask them why they appear to focus on Friars Cliff? Do we appear unchristian or is it the other worldly influence of the pagan Bronze Age grave in our street? I always respond with, “I am an atheist and Humanist, with no need of your God.” This clearly shocks them; the British are normally reticent to state their belief. Except the devout Christians, of course. They can be very quick to declare their religion. Do they feel this gives them status? Perhaps I should ask the door knocking evangelists where they live, knock on their door and inform them that Humanism is the only way forward. I wouldn’t do that, of course.

You will note that I do not call myself a pagan. My book, My Pagan Ancestor Zuri, is a homage to these Neolithic people. Google suggests that pagans are heathens. To call the first people in the UK pagan and essentially uncivilised is a travesty. They appear peaceful and built stone circles and other features to honour their gods. They appear very spiritual. That spirituality was devised to help people through birth, life and death. Yet they still had a dogma and were no better or worse than all other religions.

Dictionaries need to redefine the word pagan. It is defined as anyone who has multiple gods or does not believe in Christianity, Judaism or Islam. That includes me but also Hindu’s and Buddhist’s. It also includes the irreligious. What is irreligious, for goodness sake? Google will state, ‘indifferent or hostile or having no religion at all’. It’s all so very vague.

Humanism is the only way Forward

The pagan culture was just a stage in human societal development. It had its day, as have the Christians. Religious privilege is wrong. Humanists do not demand that you either conform or risk being rejected, damned or dead. Neither do we form schisms or seek status through our belief. Nor do we need commandments other than science or the laws of the land. What we also expect is equality of the sexes. Religion, all religion, has an age old problem with that. 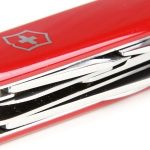 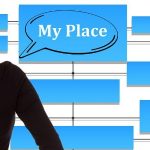