What a headline! Christianity blamed for global warming. I suddenly felt more kindly towards my pagan friends. No, not the residents of Bournemouth. I mean those Neolithic people who ruled here for at least 9,000 years. They were the heathens who painted their bodies with woad. Now, I accept this sounds a little like the nightlife in Boscombe.

The perils of arrogance

The Times printed this item so it must be true! It was all about the arrogance of Christians towards the natural world. Believing that it exists solely for human benefit was the big mistake. Because Adam was given dominion over all other creatures, we could exploit the planet. That ignored the reality, that we are part of the natural world and subject to the same rules as the lion and the cricket. Humans are not divine.

Life in all things

The article also highlighted the pagan beliefs relevant to Zuri, the star of my latest book. It appears that the one God had to destroy the animism beliefs of the pagans. For instance, that everything has a life, a soul, whether a tree, a rock or even water; that all parts of the natural world are alive. In other words, Zuri sees the entire world as divine. Christians see the natural aspects as a rather dark place where the brute rules.

The real problem highlighted in the article is the need ‘to be fruitful and multiply.’ Most religions fall foul of this one. In the past, when plagues killed people, the thought that humans might overwhelm the world was not seen as possible. Now it is, the religions have to ignore the literal word of God which is a real challenge for them. If God was all seeing, how come he didn’t see this coming?

The latest science on the environment is interesting. It is that when predators rule, the starfish in the tidal pool or the lion in the Serengeti, then the diversity and health of the environment is at its highest. In other words, what we identify as cruel is just part of the natural order. Take out the predator and the healthy world falls apart. Isaiah’s prediction of a time when the wolf shall dwell with the lamb was always ridiculous. If a God created the world, why make predation a necessary part of it? 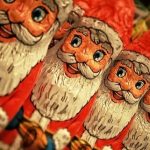 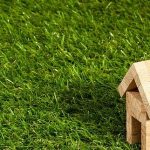 Artificial Grass Is Bad For The EnvironmentEnvironment, Gardening