What is an Ard In The UK?

When I reflect on hard work is the correct term ‘ard work?’ The ard was an ancient implement and using it must have been one of the hardest tasks for any human. But, what is an ard? It is an implement made of wood and was probably first used in the Neolithic period, the Stone Age. When the growing of crops started here, said to be around 4,000 BC, the ard was the forerunner to what we recognise as a plough today.

What is an Ard?

Because they are made of wood, very few ards have survived. One was excavated a few years ago in the Thames Valley, preserved in mud. This was dated to 940-560 BC and was made of a split log of Field Maple. The people who made it recognised that this small native tree produced the hardest wood. The media reports of the find showed an artist’s reconstruction of the ard being pulled by two oxen. They called it the simplest form of plough.

What is a plough?

Calling it a plough could be misleading. It is not correct if we consider that a modern plough must turn the sod over so that we can cultivate the weed free soil beneath. The wooden point of the ard cannot turn the soil. As it only scrapes a channel across the surface, it is often called a scratch plough. To scratch the soil sounds easy but it depends upon the type of soil being worked.

Soils come in so many forms. Most fertile soils in the UK are either clay or loam. Loam is a mixed soil but with a high clay content. Consequently, these soils are hard in dry weather and sticky in wet. It would be difficult for an ard to scratch these soils. This is why the early horticulturalists had to grow their corn on silt, which is the light soil deposited along rivers by flooding. We call this a riverine culture.

What Provided the Power?

As stated earlier, oxen are often shown pulling the ard. Certainly oxen were in use by the Iron Age but what about 2,500 years earlier, when Stonehenge was built? As far as we know, there were no beasts of burden and it is suggested that humans provided the power; one pulling and one pushing the ard. That was one hell of a job, second only to scraping skins. Somewhere in the mud along the River Avon or Stour there must lie a wooden ard waiting to be found. What a wonder it would be if it showed the wear and tear of human hands! 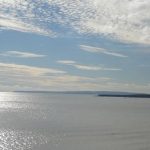 Is Archaeology Important To Tourism?archaeology 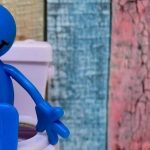 What Is A Healthy Gut In The UK?Health, Neolithic