Prior to 4000 BC, people wore furry skins for warmth. The Neolithic preparation of skins was perhaps the hardest work these early people did. A number of human skeletons have been found, both male and female, with distortion of the spine and serious arthritis. The person probably squatted and worked with their right arm. It entailed scraping the inside of animal hides, thinning the skin whilst also avoiding cutting through it. If the skin was too thin the hair would fall out. What they needed was a smooth, flexible skin inside and the undamaged clean hair outside.

Was it seasonal Work?

What is evident is that the animal skin had to be cut off the dead creature very quickly. This is easiest whilst the body is still warm. The process of turning it into a usable fur had to begin within 24 hours. Otherwise, if decomposition started, the more so in warm weather, then the hair fell out. Now, we call this slippage. The hair on skins was finer on younger animals and when they had their winter coat. Older animals, in summer, would be okay as meat but not as skins.

We have no evidence of the process they used. From later practice it is assumed that the skin side was scraped using a piece of flint. The brain of the animal, together with urine, was used as a tanning solution. This work had to remove all traces of animal fat. The suppleness of the skin was improved by the repeated working with the hands. The use of skins probably phased out as they introduced sheep and had a ready supply of wool for weaving.

When the Amesbury Archer arrived in Britain in 2200 BC, he showed the first evidence of leather working skills. This was fine work, for knife sheaths, belts and wristbands. The physical preparation of leather may have been just as tough as for skins. Whether the leather was used as clothing has yet to be proven. The Archer died whilst at Stonehenge.

It is difficult to believe that they were any different to us as regards quality. The day to day skins they wore might be rougher whilst the ones they traded might be finer. It may be that finer skins were reserved for those with status; a wolf skin for a hunter and beaver for a shaman or shamaness. A roe deer cape appears to have been a high status garment, yet no remains of these ancients garments have been found in the UK. Fine quality leather has been found in Scandinavia dating to 3000 BC. There is no reason to think people here were any less skilled. Now, of course, it is not woke to kill an animal, eat the meat or use the skins. Consequently, the skill of my pagan ancestor Zuri with skins would be unwanted and unappreciated today. 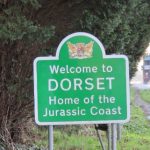 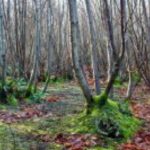