What is Tuberculosis In The UK?

Tuberculosis emerged 17,000 years ago and has never been eradicated. London is now the TB capital of Europe. We are not aware of it because it is underground. The capital and other large cities have it but not the countryside; it is a disease of urban living. The irony is that this is the polar opposite of the situation in Zuri‘s time in 2200 BC. Then, bovine TB came out of the cattle via raw milk and needed the right conditions to become contagious. This was people packed closely inside a smoky hut, similar to the one in my photograph from the Ancient Technology Centre in Cranborne, Dorset. Malnourished and packed closely in huts; is that the London of today? That said, very few people in the capital are driven to ask, what is tuberculosis in the UK?

What we think is clean air can be thick with bacteria. The bacteria thrive amongst the poor, the homeless, drug users, those in hostels and overcrowded buildings. Most who have the disease do not know it.

The symptoms include a cough, fever, night sweats and loss of weight. Death is due to pneumonia and respiratory failure. In the early 1800’s one in three died of the disease in Britain. The poet Keats knew he had it when he coughed up blood. He moved to Italy for the dry warmth but he left it too late. When Zuri’s people had the disease they could not understand it. They will have eaten watercress as food but did not know that this plant would one day enter the herbal, recognised as a treatment for TB. I also doubt that they realised that it was their recently introduced super food, raw milk, that gave them the microorganisms.

What is Tuberculosis in the UK?

It is a disease of the vulnerable which is kept below the radar. Our health service supports a white van, a mobile Xray unit which quietly tours London, scans and identifies. They call it ‘find and treat’. It is a scourge that doesn’t sit comfortably in a 21st century Britain that prefers to be seen as wealthy and well. 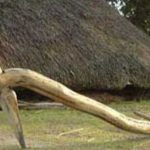