The Joy Of Sensuous Soil

Gardening is a sensuous hobby because it is all about fertility. Consequently, if we gardeners are not spawning vegetables and fruit then we are growing flowers. Success feeds the senses, not the intellect. A healthy potato or a blooming flower mean something deep inside. That’s why you are the apple of my eye, my English rose or my musky courgette (sorry, I made the last one up!) For certain, we dour men with dirty hands understand the joy of sensuous soil.

In my latest book I stated, “I started work as a gardener, and became an organic vegetable grower after I retired. I pushed thirty barrows of compost to my veg patch each winter, a musty, living mulch laid over the soil, a form of foreplay, a caress that promised a certain ecstasy at some point. The ecstasy was that first warm spring day when I suddenly found myself fondling the moist, dark, crumbly soil, running it through my hands, a soil bursting with fecundity, the rich black soil of ancient dreams. I will avoid an analysis of the various erotic pleasures of life, but suffice to say that a good soil makes the ground move for me; like no other.”

Silt is the answer

Hunter gathering dominated in Christchurch for 6000 years. However, around 4000 BC, somebody decided to grow stuff. Whether it was because game was running short or about innovation, is open to question. They needed a light, fertile soil and water, and it was here, along the River Avon. It was a silt soil. About 2000 years later, my pagan ancestor Zuri, was an experienced horticulturalist; soil really mattered. She, like me, experienced that warm moist soil and it would have given her that inner glow.

The joy of sensuous soil

As we recover from Covid-19, mindfulness has taken off. Jay Shetty has made millions by bouncing around mindfulness words like ‘Hindu’ and ‘monk’. Even his latest book is called, Think Like a Monk. Zuri did not need a monk let alone a man to explain mindfulness. It came naturally because she worked outside, in the sun, and she grew plants. She was a ‘British’ example of mindfulness, far removed from those Hindu’s and monks of a foreign culture. Britain is a place of fertile soils. Consequently, mindfulness would have existed here, on the warm banks of the River Avon, when that first crop of grain was harvested. For certain, we have forgotten this homegrown story. Our warm moist soil created people with mindfulness, and enigmatic Stonehenge was its consequence.

PS. Those repulsive scentless supermarket flowers in my photograph were produced commercially in Africa and flown to Britain. They have a huge carbon footprint. My people, what did we do to my sweet (English) rose? 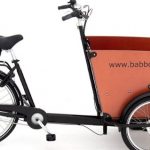 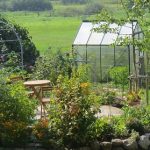