I woke up, a new post on my mind. I stood up and illness, the spinning world was apparent; I felt odd. I focused on the alarm clock figures but they kept spinning to the left and everything followed. I managed to get dressed but part way through preparing the breakfast, had to sit down. Thirty minutes later, the first evacuation of the seemingly empty stomach.

Aging is all about reducing levels of confidence. My bloody companion, leukaemia, suddenly looms over me; has it come to life? Then, I recall that a vomiting virus is doing the rounds. I retreat to the conservatory, feet up, and the sun warms me, and warms the air. Ann opens the door out into the garden.

The conservatory has a glazed roof and I gaze up, like a flounder lying on the sea bed. The gulls wheel about, a posse of jackdaws scurry across, then a handful of starlings. A pigeon exposes their aimlessness as it streaks across the blue like an arrow; I realise, being on its own, that it is probably a rock or stock dove. A heron glides in like a pterodactyl, and drops to the pool in my neighbours garden. All life seeks food; except me!

The Sounds of Life

During my time in the sun, shadows pass across me, rapid as of birds, but then slower; it’s a butterfly. A Red Admiral bounces around the shrubs and then finds the one buddlia flower still in bloom. Flies dart into the conservatory, spin around and then go out again. Outside the door, some Verbena bonariensis still remain (see photo), their flower clusters now more seed than flower. Yet the few flowers are irresistible to the bees. What a sound, that humming buzz, rising and falling, louder and less loud, the sound of summer hanging on, reluctant to cede to autumn. The bee has no sense of time; it is warm, there is a flower with nectar so it must be summer. With no flowers the bee is dead.

Over the day there is a light show. In the morning the low sun draws out the yellowing leaves but after noon, everything turns silver, a myriad of leaves flashing. The sun drops over the edge, almost visibly moving, and the day ends suddenly. By then, I have eaten some porridge and toast; life is stable and energy flowing. Sad that I have to be unwell in order to watch the world moving around me. My Pagan Ancestor Zuri, in 2200 BC could teach me a thing or two about this, I imagine. Her Neolithic people were alive to all this spirituality. 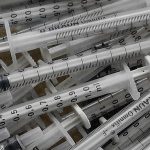 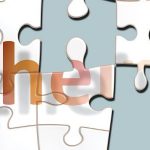 The Rise in Alzheimer’s In The UKHealth, pensioners