As much as I love science, the world appears to have too many experts. The van Tulleken twins, both doctors, have studied various UK twins. The question was, how much sleep do we need? They concluded that we are all chronically sleep deprived. A few years ago, we were all advised to power nap during the day but the van Tulleken’s found this ineffective. I also recall that experts advised us to take a siesta, like the Spanish. Worse, the media constantly crow about successful people who get by on only four hours sleep each night. Margaret Thatcher was one of them! Is it me or does this paint us, the ones who need eight hours a night, as idle, unsuccessful yawners?

Where did the eight hours come from? Who says we need eight hours? I write this post as a good sleeper, never having taken anything to help me sleep. That said, work stress did keep me awake on many occasions. Even exercise, if done to excess, seems to over excite the body and sleep comes with difficulty. Yet, it seems as if I am normal if eight hours is the target. I am in bed around 10pm and up at 6.30 am, regular as clockwork. Ah, that damn clock!

Zuri, in 2200 BC, had no clock. But, has time only stressed us since we recorded it? History now informs that it was really difficult to get Victorian mill workers, the first ever wage slaves, to the factory gate by 8am. None of them had a clock or watch and prior to the Industrial Revolution, nobody worked to time as such. Factory bells replicated the church bell in calling them out. Until then, daylight had driven their world and stretched back, unchanged, to before Zuri’s time. Clocks have changed us in the last 200 years even though the seasons remain the same.

What troubles me is our failure to take account of our seasons and how they must be fundamental to sleep. The Spanish have roughly the same daylight throughout the year. We, however, experience amazing contrasts between summer and winter light. The anticyclonic dull weather in December 2018 and January this year was medically acknowledged as depressing. No wonder the birds sing in April and May when the extended light allows them to feed more. All winter they have to roost for long dark periods in trees and shrubs. That is enforced idleness but is it also winter sleep banking?

The van Tulleken twins identified sleep banking as feasible. In other words, you bank sleep when you can to enable you to sleep less in the days and weeks that follow. Is that what happened back in Zuri’s time? In winter, her family group probably worked the short day until sunset, then ate in the dark around the hut fire. They then had a minimum 13 hours of dark until sunrise. I doubt that she would rise before first light. It seems more likely that they would have slept more in dark winter and less in the light summer. This sleep banking sounds logical, until that is, you consider whether we have lost our ability to see in the dark. Could Zuri’s people see and work in the dark far better than us in the Neolithic. That must wait for a future post. 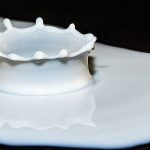 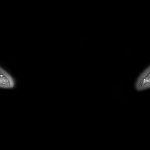