Can You Make Soil?

Can you make soil? If that appears an odd question then stay with me. I was taught this skill in the 1960’s but beware, it involves some hard labour. You might ask why soil is needed. Well, it was to be mixed with peat and sand to create potting compost. It was steam sterilised before it was mixed. Both parks and cemetery horticulturalists needed soil mixes to grow bedding plants. They had the necessary ingredients, the time and the labour. That labour was me. Before proceeding, we need to analyse what soil is. It’s not dirt, nor is it compost or manure. Loam is a word we used to use but less so today. That is perhaps the ideal soil, a mix of sand, silt, clay and organic matter. Compost is simply organic matter and manure is animal poo, often with straw.

Making soil began with assembling the materials. Turf, about 2 – 3 inches thick, was the essential ingredient. Most parks and cemeteries have waste turf or ‘sod’. In cemeteries it was cut every day from the top of graves being dug. Next, I raked up autumnal lime leaves from the Victorian avenue and load them on a hand truck. I pulled this to where the soil was to be made. The soil heap began on a level piece of ground. Firstly, turf was laid upside down in a single layer. Secondly, a couple of inches of loose soil was placed over the top. Thirdly, a layer of lime (Tilia) leaves (see photo) perhaps nine inches thick. The layers then continued in the same order, one after the other. The turf, upside down on the leaves, kept them in place. The heap narrowed as it rose to perhaps 6 feet in height.

Can you make soil?

This tall heap flexed and it could easily be pushed side to side. It was then left for 12 months during which it sank and consolidated. I was then required to use a spade and cut it vertically through the layers. As you can imagine, it broke down into a lovely, crumbly soil. The leaves had decomposed, as did the turf grass and roots. I barrowed this to a steam steriliser heated by coke. I had to shovel it into the container above a water tank with a perforated cover. The coke heated the water and it steamed up through the soil. It created a sickly odour but killed all creatures and pathogens. The final labour was to unload it and barrow it to a room where it matured for a month or so.

What can I say? Who could blame anybody for going to the nursery and buying potting mixtures, ready bagged and sterilised. However, I have to say that most soils I buy today are nowhere near as good. In fact, most are composts and simply don’t contain the mineral soil component. You might also ask why lime leaves? I can’t answer that other than to say it was gardening lore. Oak and beech leaves don’t decompose easily and were not favoured. Lime, as a native British tree, always had a positive press. Perhaps that is why the Americans called us limey’s. 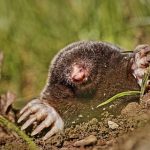 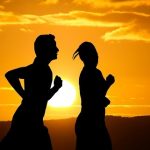