Life And Death In The Dales

We are in sheep country and the farmer thinks walkers need shepherding. Or, does he think sheep can read? Oddly enough, the path seemed obvious, to humans, at least. It dropped through woods once heavily coppiced. Further on, a stream gushed out from underground. So, limestone country too, the White Peak they call it, and full of clean, sparkling water. We dropped into Monsal Dale and headed upriver. The walkers we met were friendly and spoke with a Northern accent. Is Derbyshire in the North, or in the East Midlands? Everywhere we looked, if no sheep, then cattle or horses. So many animals were around compared to Dorset. However, it appeared that both life and death in the Dales go hand in hand.

Days later, walking on Sough Top, we see a shallow dip in the limestone field. The hollow is full of black feathers, then we see skeletons of birds. There are dozens of small bodies. As carrion crows come in small numbers, I suspect they are rooks. Were they shot, poisoned or netted? It seemed like butchery even though I am aware that farmers can control ‘crows’. If it’s black and on its own, it’s a crow, they say. Black birds, like rooks, crows and ravens, are historically despised because they are black. That said, these birds, the Corvid family, are the most intelligent. Where there are sheep then rooks seem to flourish; the dumb white sheep live and the clever black rooks die.

Ann and I are renting a stone barn in a stone village at 1000 feet. The hay is long gone, the hay fields now wildflower meadows. At the top of the field that once filled the barn, is an abandoned cottage. It hunkers back into the north facing slope and can never have seen the sun. Rotten window frames and smashed glass look down on a changed village. It was once bustling with human life but the shop, the butchers, the forge, all gone during my lifetime. On the hills nearby, stone tombs and the Dales answer to Stonehenge, called Arbor Low, sit on the landscape. The Neolithic people who built these, passed away too. Did the people who built Arbor Low know of Stonehenge?

Life and death in the Dales

The village is experiencing a resurgence. Local people still have amazing skills with stone. Barns and cottages are being refurbished, often into rental properties. Okay, many of the residents now commute which makes the village quiet during the day. However, the joy is that a little, just a little, of the old world remains. A man was scything wildflowers on the village green. He was using an English scythe. Nearby is an old byre, a cowshed, on the roadside. It has only two stalls and everything is stained and scented by cow dung. A local man told us cows were in it only a few days previously. Will they be steaks in the Queens Head? Life and death in the Dales goes on. 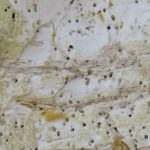 Ivy And The Miner Bee In Friars CliffEnvironment 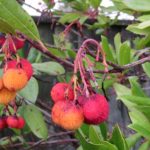