House Martins On The Council Estate

When our council house estate was built in Shrewsbury in the 1950’s it was invaded. These were house martins and within a few years, almost every house had one under the eves. There were hundreds up each street. At night, they twittered away outside your bedroom window. It is inconceivable that such a thing could happen today and that is a doom laden thought. In fact, it depresses me to think about it. Evidently, the house martins were a sign of environmental health. Add in the water voles that lived all along our brook and the pipistrelle bats that swooped around every lamppost. Even as I fished on the brook, swifts screeched as they swooped around the nearby church tower. As a scruffy, pauperised and abused kid, I was aware of all this wildlife. House martins on the council estate were a joy to many people.

You know, reading this, that I must be old. You have to be old to recall nature flourishing. Since my childhood, nature has struggled in a progressive 70 year decline. Okay, Bradwell has swifts and a few martins and swallows, but nothing like the numbers of the past. Every day, the news is depressing as another creature joins the red list. Far from addressing this, the politicians do little. It was Cameron who said, ” let’s get rid of all this green crap.” I don’t want a revolution but is it too much to arrange a trial. We select an area of the country and we put together an integrated management plan. Then we observe it to see if nature recovers. If it does, then we know what we need to do.

House martins on the council estate

For certain, I recognise that the Conservative Party abhors forcing people to take green action. However, a co-ordinated trial could reduce air and water pollution fairly quickly. Meanwhile, everybody else could continue with their flights, bigger cars, more mowing, more concrete, aerosols, sprays, power showers and plastics. They order those light fittings that arrive bound in polystyrene and some even cover their lawns in plastic grass. Don’t get me wrong! I took those holidays and drove those cars and polluted the air. That is why I feel guilty. Meanwhile, the house martins don’t so much die rather than they are simply not born. Clutches get smaller because, like humans, life is just that little bit too stressful. 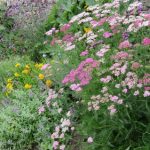