Wardlow Hay Cop is a modest peak, tucked away into other folds of Peak District hills. However, from so many directions, even though it is in the view, few people recognise it. A drive from Bradwell to Tideswell sees it over on the left side, a small pointed pimple. From Monsal Head it’s due north and from Longstone Moor, it’s due west, a more obvious, peaked mound. It’s most romantic view is from the top end of Deepdale, up above Taddington. From there, it looks remote yet a neat and conical summit. To its right, Fin Cop looks somewhat lumpen and pales into insignificance as a summit to bag. My photograph is from Priestcliffe Lees Nature Reserve, looking across Millers Dale. What a treat, a walk on Wardlow Hay Cop.

A spot in time

What is it that makes a walk, or a run, into something special? Is it the actual route, the views or, as I suspect, the way your feelings are elevated that really matters? Whatever, in 2021 Ann and I bagged the top of this modest peak on two occasions. The second one was a run and we might truly call it a fell run. As I descended into Cressbrook Dale National Nature Reserve, I had one of those emotional, suffusing moments. I felt really good, full of energy and my body totally focussed and calm. Wordsworth called these experiences ‘spots of time’, a moment during which nature simply overwhelms us. Hence, a run or walk on Wardlow Hay Cop is a privilege and a mental tonic.

A walk on Wardlow Hay Cop

Our approach was from Litton village. A footpath runs across fields to the wooded edge of Cressbrook Dale. However, it’s a slightly awkward angle on the path to Cressbrook and then a road going left from the hamlet. This descends to a sharp corner, where a path heads straight down across woods and meadows into Cressbrook Dale itself. It’s a wonderful wooded spot. The path splits, one up the dale following the stream and the other angled uphill. That rises towards Wardlow hamlet and breaks out above the dale. At a junction, the path to the summit turns right, following a wall. After summiting, it’s back to the junction and then a descent down to the dale bottom and across a bridge. In front is Tansley Dale, one of my favourite dinky dales in the Peak District. A climb up that dale ends with field paths and stiles to Litton.

Ants in our pants

However, it never ceases to amaze me how many fascinating moments occur when we get out. For instance, on our walk to Wardlow Hay Cop, in August, we were covered in flying ants. Compared to Dorset, we see few ants here so that was a pleasant surprise. If the ants are burgeoning then we are all doing well. In Dorset, these ants create huge swarms in the sky and gulls can be seen feeding on them up high. Not so many gulls here, but we do have the glorious cronking of ravens. Consequently, I take those experiences to bed with me and they lull me to sleep. 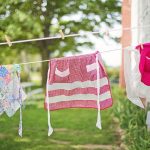 Can I Just Change My Gender?pensioners, women 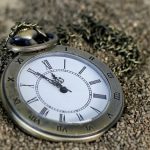 Longevity Is Falling In The UKDeath & Funerals, pensioners