The Role Of The Funeral Celebrant

If there is one aspect of current funerals that impresses me, then it must be the role of the funeral celebrant. Thirty years ago they were a very rare breed. A few Humanist celebrants existed but they were seldom offered by funeral directors. I mention these early Humanists in my book R.I.P. Off! You had to be a practising atheist, so to speak, to have any chance of knowing about them. Now, at least half of all funeral services are taken by a celebrant and the reasons why are not entirely clear.

As somebody who has written a book about our pagan past you might expect me to be sympathetic to the none religious life. That is so, as I am a Humanist and perfectly content to be called an atheist. In my forthcoming book, Zuri informs us in detail about how the shaman and shamaness operate in her Neolithic tribe in 2200 BC. Many funeral celebrants have much in common with the shaman. Free of religious dogma, they enable the bereaved to identify what is best for them to achieve a meaningful funeral. This might be entirely religious, partly so or stretch to the other end of the continuum and be atheist or secular.

What is now apparent is that people who identify with a religion also use a celebrant. Perhaps they prefer to avoid the clergy simply because they do not attend church. Whatever, these celebrants will take a typical Christian service. Such a service might include a quiet moment specifically for other faiths and none believers. The Humanist celebrants, who started this movement, still stand apart. This is because they will NOT include any religious content. In effect, the service is identified as non religious.

As recent as the 1990’s, the parish vicar took the majority of funeral services. The vicar was also responsible for pastoral care. That was usually a later visit by them or their curate, or perhaps reference to a church support group for the bereaved. This was by no means universal. As vicars were made responsible for several parishes they could not cope. The fee for a celebrant does not include pastoral support. However, some funeral directors now offer subsequent bereavement support and may provide their own in-house celebrant.

The Role of the Funeral Celebrant

I suspect, without any real evidence, that the religious now need to opt in when they prefer to use the clergy. Otherwise, with many funeral directors now employing their own celebrant, the assumption might be made that this is the norm. It is a remarkable change in British society in less than three decades. Weddings are going the same way and I cannot see the clergy reversing this trend. It is also a serious financial loss for the church. It appears that the celebrant is weakening the church whilst strengthening secularisation. If so, in a few decades they might be responsible for the bishops being removed from the House of Lords. What a coup that would be! 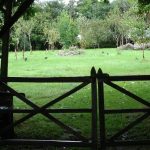 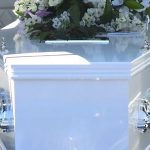