Ritual Walking At The Queen’s Funeral

In 2010 I wrote a book called ‘A Guide to Natural Burial‘. In it I reminded readers that where they were able to add walking to a funeral, it enhanced the ceremony. For instance, at Carlisle Cemetery, the first natural burial site in the world, we often walked one third of a mile. This was from the service chapel to the burial area. The silence, perhaps an odd bird singing, the breeze through the air, enabled us to reflect on why we were there. Consequently, I watched the ritual walking at the Queen’s funeral and was so impressed. For a short time, they shut out the manic world and truly joined the ceremony. Maybe I first coined the phrase ritual walking or did I read it elsewhere?

We have no idea what our predecessors did at funerals. However, we do know that they loved a ritual walk. At Stonehenge, they created a 1.7 mile avenue to the circle from the River Avon. They did not choose the shortest route but one that entailed kinks, one of which dropped them out of sight of the circle and then fairly immediately back. At Avebury stone circle, avenues lined by huge stones head out in various directions. The people who designed these circles understood delayed gratification, that some effort was necessary before the circle was reached. Only then could the ceremony, the main event, be experienced.

Ritual walking at the Queen’s funeral

I am also reminded that walking, in itself, is a ritual. That rhythmical motion, the legs and arms swinging on their axis, creates an inner calmness like nothing else. A long walk, for me, is often followed by a long peaceful sleep. Perhaps the brain itself is fed just the right amount of blood by the motion. I believe it lapses into its own world, content with the sight of trees and the natural world around it. That world is, after all, its genetic history, not the manic one we have created, the unhealthy one. Consequently, we need to recognise that walking is good for us, not least as a part of a funeral ceremony. 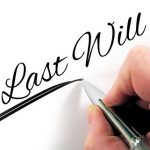 Do You Own Your Own Body?Death & Funerals